It was just yesterday when I posted an article, ACER Iconia buttonless Notebook and Tablet, featuring the ACER Iconia Touchbook and the new ACER Iconia Tablet W500/W501.  I am not into tablets really, but just looking into the specifications compared to other Android tablets that there is locally and if I am to choose between the bandwagon I’d say ACER Iconia Tab A500 is worth the price.

Let’s look at the specifications of an ACER Iconia Tab A500 (16 GB version) below: 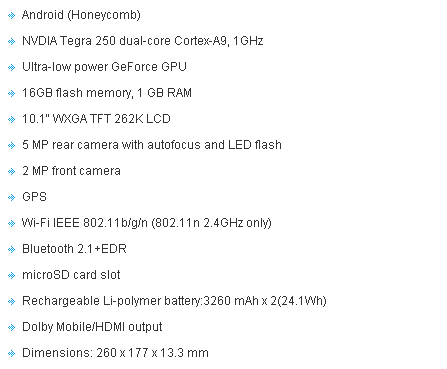 Well, not bad at all right? 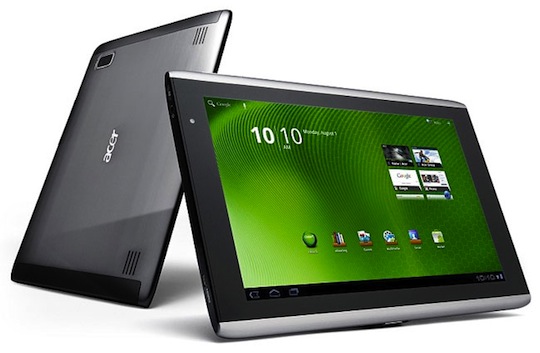 The Acer Iconia Tab A500 has a 10.1-inch 1280 × 800 pixel multi-touch capacitive display capable of display 262K colors. Its sensors includes an accelerometer, gyroscope and proximity. And it’s powered by a dual-core 1GHz NVIDIA Tegra 2 processor and has 1GB of RAM.

It’s a WiFi only version, I am not really sure if there will be a 3G version, but it’s equipped with a GPS according to the specifications above. Well, this will be a great tool for navigation purposes, that is if you get lost in the metro.

The Acer Iconia Tab A500 also comes with bluetooth, a microSD slot (up to 32GB is supported). For multimedia, it has a 5-megapixel autofocus primary camera with LED flash and a front facing camera that comes in handy for making those wifi enabled Skype video calls. It has an HDMI port for connecting it to a larger display — great for those large screen LED Television sets.

You can also check the full specification from GSM Arena about Acer Iconia Tab A500.

Next Post HOWTO: Customize WordPress Footer Of Your Blog