The news about Samsung Galaxy S II (GT-I9100) smartphone getting the latest Android 4.1 operating system also known as Jelly Bean update is becoming clearer and nearer.  After so many months of waiting it looks like I will finally get this update on my smartphone as well to enjoy that seamless and responsive Android operating system.  I have been monitoring the progress of this update since the time it was reported that Google and Samsung have been testing the latest update on most of the 2011-2012 Samsung smartphones.  Currently, my Samsung Galaxy S II is still enjoying its Android 4.0.3 Ice Cream Sandwich update which have been there for so many months.  There have been some bugs that I found like crashing and freezing apps, and the worst of it is the native browser is no longer working after I updated it from Gingerbread.  I eventually downloaded the latest Google Chrome and made it my default smartphone browser.  There hasn’t been any updates nor bug fixes after that update so I am waiting for the next Android 4.1 Jelly Bean update to see how my Samsung Galaxy S II will go along with the new system. 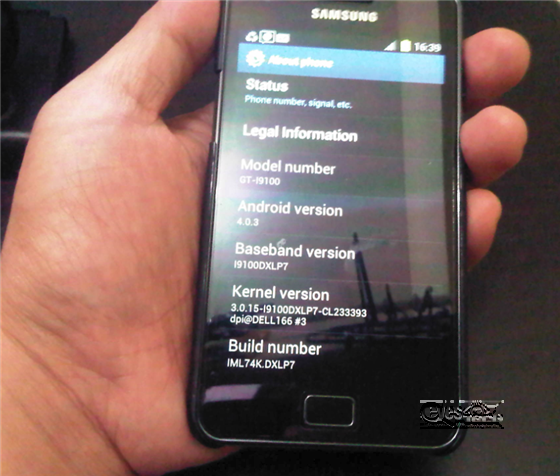 Anyways going back to the topic about that new upcoming Android 4.1 Jelly Bean update for Samsung Galaxy S II (GT-I9100), it was reported late this week that the new update will be coming to us sometime between this September – October. Last month, I featured a report that Samsung was already testing the latest Android 4.1 with code-named Project Butter on Samsung Galaxy S II. And from that report, it shows a very promising public release for the aforementioned smartphone.

SamMobile, confirmed that there will be an update coming for the popular Android smartphone, Samsung Galaxy S II, as the company have been very busy testing the Jelly Bean update on this smartphone.  According to their insiders, Samsung’s tests is doing well and they are preparing in making a public version but it will be available only through KIES.  If all the tests and results goes well as planned, then the update will start to roll-out sometime between September – October. So that’s just a few days from now.

Until then, I will start cleaning up my Samsung Galaxy S II now so that it will be fully prepared when the update comes.  Creating back-ups of course. 🙂

For more details about what’s too exciting about the new Android 4.1 Jelly Bean update, you can check it straight from Android reports. Thanks for the tip SamMobile.