I’ve been playing Angry Birds Space since it was released last week, 22nd of March, on my Android phone and it’s quite addictive. If you recall when it was released last week, Rovio announced the availability of this new game for all iPad, iPhone, Android, PC and Mac. Although Angry Birds Space PC desktop version was included, many were still asking “How about us end-users using Windows Phone 7?“.  Initial reports says that Peter Vesterbacka  of Rovio said that they had no plans of loading Angry Birds Space on smaller platforms like Windows Phone.  Not only the distribution of Windows Phone globally is relatively small as compared with the aforementioned platforms, it is an added cost for them since they have to allocate technical people to recreate and support it. 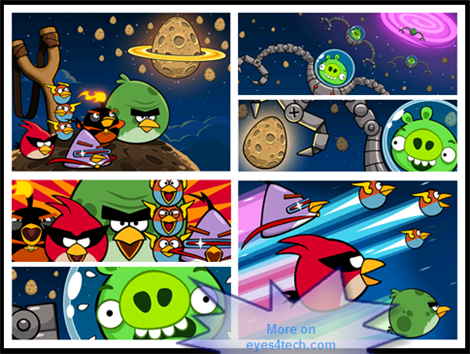 The initial announcement from Rovio came from an interview with Peter Vesterbacka from Bloomberg but some few hours after that this announcement made a quick turn when Rovio Chief Executive Mikael Hed made a new announcement. Mikael Hed reported in Reuters that they are now working towards to re-create this popular game for Windows Phone 7 users. Although the details as to when this will become a reality is yet to be announced.

As soon as we see this released on Windows Phone 7, Rovio’s Angry Birds Space will surely dominate the game industry as they’ll be available on almost all kinds of platforms.