Since the first half of this year, we’ve been seeing rumors and reports about the possible specs and features of the sixth generation of Apple’s iPhone. And one of those is that the new iPhone Nano SIM card – and it looks like that it isn’t just a rumor anymore.  It was sometime in mid-July when I shared an article entailing the a from Wall Street Journal about the new iPhone 5 from where they also reported that the new Apple’s pride will sport the new SIM technology which we have come to now know as the NANO SIM.  And since then, we have been receiving reports that major mobile telecoms like T-Mobile, Verizon, and many others have been acquiring bulk orders of these new NANO SIM. The orders they’ve placed is far more than their regular SIM stocks.  With this move by mobile telecoms, it gave us all somehow a signal that the new iPhone (possibly named iPhone 5) will sport nano SIM cards. 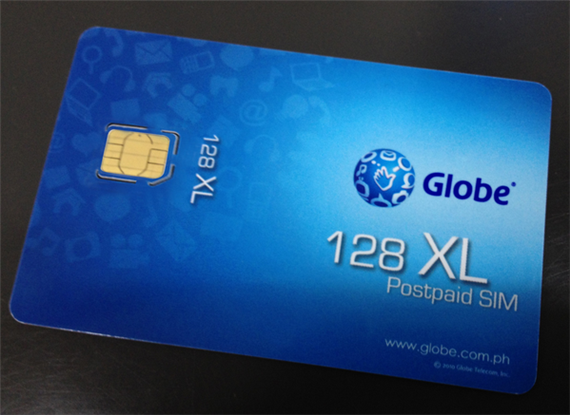 The “nano SIM” (subscriber identity module) is the latest technology known and is used for modern or new smartphones or mobile gadgets. And even locally, it was officially reported that our very own Globe Telecom is now gearing up to offer these new nano SIM cards in the coming days. And as far as I am aware of, there’s no other smartphones yet available here that might use this SIM – other than the new iPhone 5.  According to the posted latest article from [email protected], they will be offering these new revolutionary Nano SIM cards to those interested tech-consumers and will be available soon at all Globe stores nationwide.

Martha Sazon, the Head of Globe Postpaid takes pride for being once again the first here in the Philippines to introduce the Nano SIM and quoting what she said:

The Nano-SIM cards are packaged and distributed in a way that is backward- compatible with existing SIM cards. The new design will offer the same functionality as all current SIM cards,” added ETSI. “When Nano-SIM cards enter production, their size will free up room inside mobile phones for additional memory and larger batteries, helping phone vendors create thinner devices

Earlier this week, we also received reports that T-Mobile also did the same thing and started on distributing Nano SIM cards to its retailers.

There’s no really doubt about it, the new iPhone Nano SIM will something that we will be expecting from the next new iPhone 5.  We will be able to confirm all of these once the Apple Event on September 12 opens.  If this is indeed true then I must admire Apple for introducing new technologies for tech-consumers. First, the micro SIM and now the new nano SIM – not bad.

Previous Post Hoodies On And Dress Up iPhone With iPod Hoodie

Next Post Sixth Generation iPhone Will Be the New iPhone or iPhone 5?