Baby Boomers have contributed greatly to today’s society, but perhaps their greatest contribution is simply aging. A wave of aging is occurring that is causing modern medical establishments to rethink or invent new treatments and technologies to keep up with many of the problems brought on by aging. This has caused the healthcare system to drastically change and evolve, and it’s also ensured that people can better enjoy their later years without much discomfort. 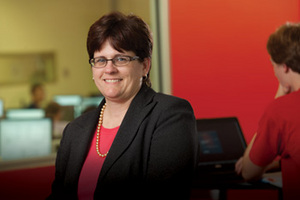 Common Medical Problems
Many of today’s Baby Boomers are having a variety of medical problems, but some are more common than others. Obesity is one of the most common problems that affects about 30 percent of Boomers. While this is understandable since they are aging, unable to move as easily and aren’t creating as much hormones as in their youth, this is still a major problem that makes them more susceptible to diseases and other medical conditions.

Knee replacements are performed eight times as much when compared to other generations, and about 50 percent of Boomers have arthritis.

Knee Replacements
Until recently, knee replacements were terribly inaccurate and difficult for surgeons to perform. The original procedure required the surgeon to drill a hole into the femur, eyeball the position of the artificial knee and install a two-foot rod. This commonly led to pain, slow healing and inaccurate replacements that would have to be changed sooner than expected.

Simple Neurosurgery
While simple neurosurgery might sound like a paradox, modern surgeons have found a way to deaden certain nerves to reduce neck pain. This is one of the most common neurosurgery procedures, but the surgery is often long, complicated and ineffective.

Since Boomers face this problem so often due to aging, car accidents or workplace issues, doctors had to find a way to effectively and simply treat this problem. The modern neurosurgeon will just place five needles behind the ear, blast the needles with high-intensity sound waves and then release the patient.

The sound waves deaden the surrounding nerves, which removes the pain. This procedure should last at least nine months, but the effects will wear off once the nerves grow back.

Improving Ligament Pain
This medical technique was created by sports physicians for athletes, but it’s also being used on Boomers. Fixing ligament pain can be difficult and often requires surgery, but modern physicians have found a way to harvest and use the patient’s blood to treat the pain.

The physician will take a syringe of blood and then place it in a centrifuge for about 15 to 20 minutes. This will separate the platelets and blood cells, which allows the doctor to harvest the patient’s unique plasma. The plasma is then injected directly into the ligament, which has been shown to significantly reduce pain.

Modern Hearing Aids
Hearing aids in the past were relatively bulky and very noticeable. Many people refused to get them due to their ugly appearance. This has largely changed in the last few years, and they are getting a total makeover that will make tech-inclined Boomers very happy.

First of all, the modern hearing aid is small and unnoticeable, which means that you can continue your daily life without people worrying about your hearing. Many of them are now Bluetooth-enabled, which allows them to connect to a smartphone. It’s like combining an earpiece and hearing aid into one, which Boomers are sure to love.

Conclusion
Boomers are getting older, which is causing them to develop a number of different health problems. At the same time, the healthcare system is changing and evolving to make Boomers as comfortable as possible. Not only that, but these advances are also improving the overall life expectancy for all patients.

Author Bio:
Cassandra Rolland is a gadget enthusiast who is always looking for tech and healthcare info from GadgetGnome.com so she does not miss a beat!