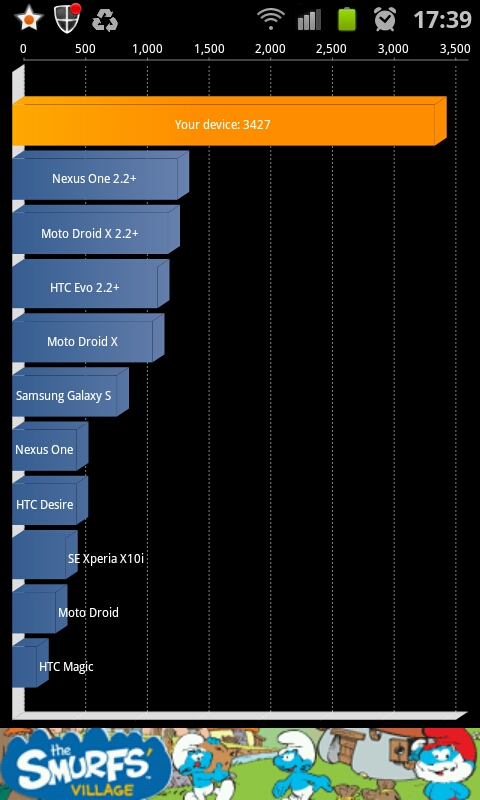 Now about that test, so how did Samsung Galaxy S II fared? Honestly, when I used Quadrant alone I couldn’t believed it so I had to use other benchmark tools to confirm the results and it looks like Samsung Galaxy S II is still the fastest among the Android smartphones out in the market today. I am not sure though if this will be the same result after I upgrade to ICS sometime next year.

So here are the results from the test I made.

Quadrant Standard Edition Benchmark Test – this tool measures and tests your CPU, I/O and graphic displays (2D and 3D). Unfortunately according to the developer of this app Samsung Nexus is not yet supported so maybe that’s the reason why on the result I don’t see the latest Nexus. I am currently using the Standard edition so IT IS A MUST that you’re connected into the Internet when you do the test since this is powered by ads – well that’s the condition since it’s free. The score I usually get from Quadrant is between 2647 and 3427. This is actually not bad. And from the 2D and 3D tests I can’d see any dead pixels.  Here are some of the screenshot from the Quadrant tests.  I used the “Run full benchmark” test to test everything. 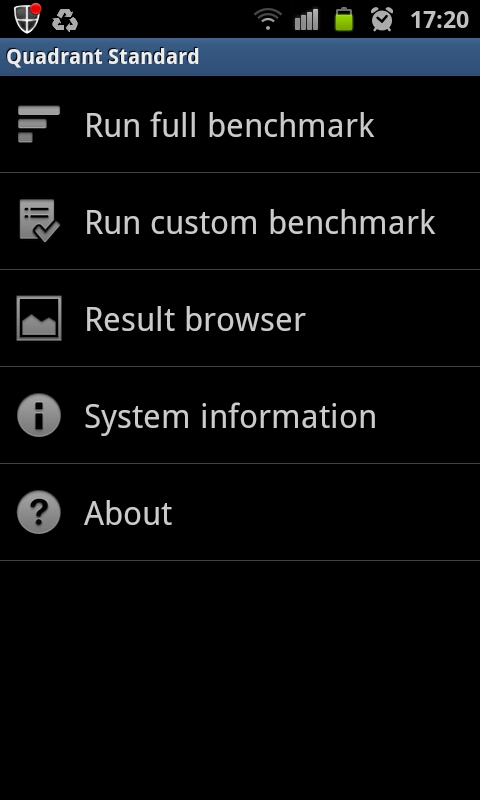 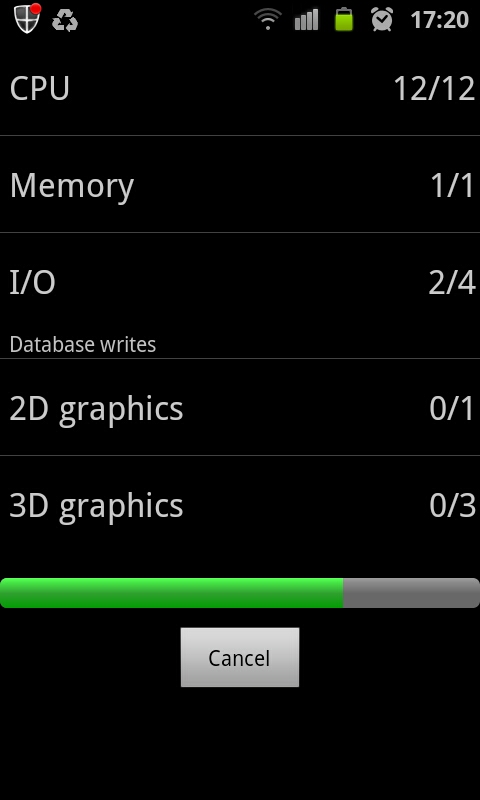 Then once the test is done, here are the results (I made two tests for two days).  The first result is when I have some applications I left opened in the background, my score was 2647.  While the 2nd test I made, there’s no application running in the background and ran the test again – the score led me to 3344. It even compares the results from other Android phones. 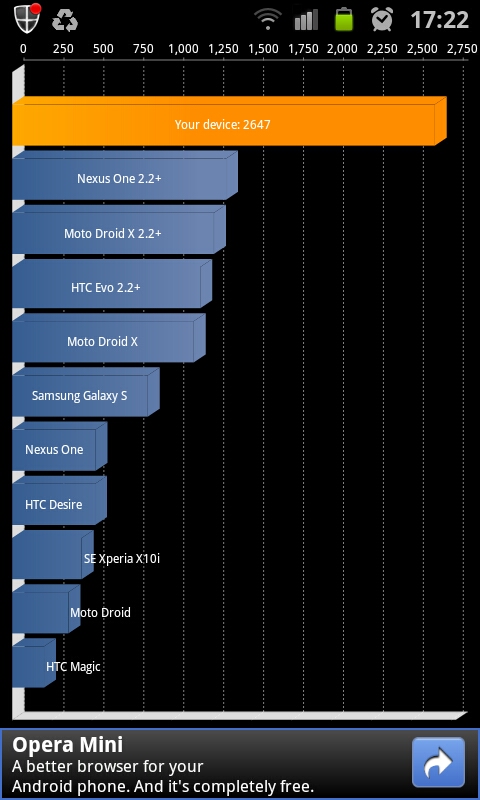 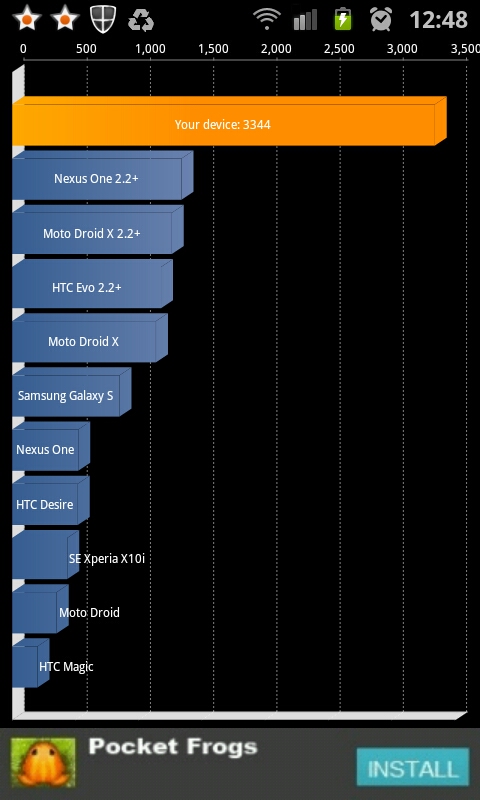 The next test I made is through CF-Bench, unlike Quadrant this benchmark test application can handle multi-core CPU like Samsung Galaxy S II which a dual-core smartphone. Here are the results, again I executed the Full Benchmark test. 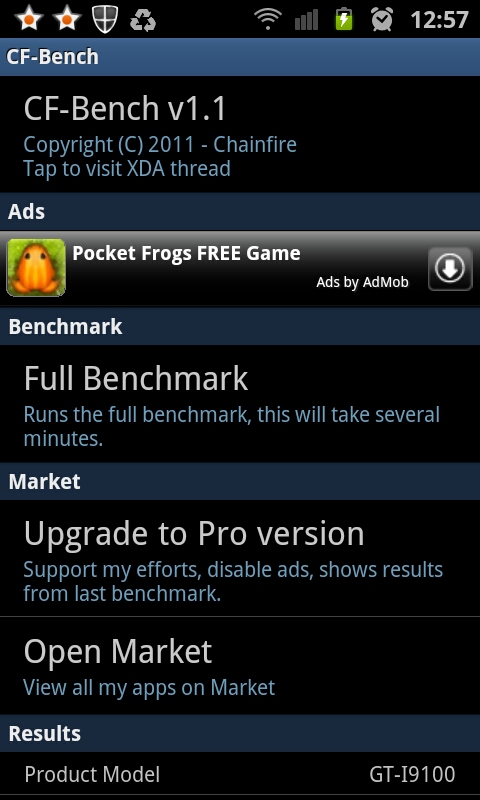 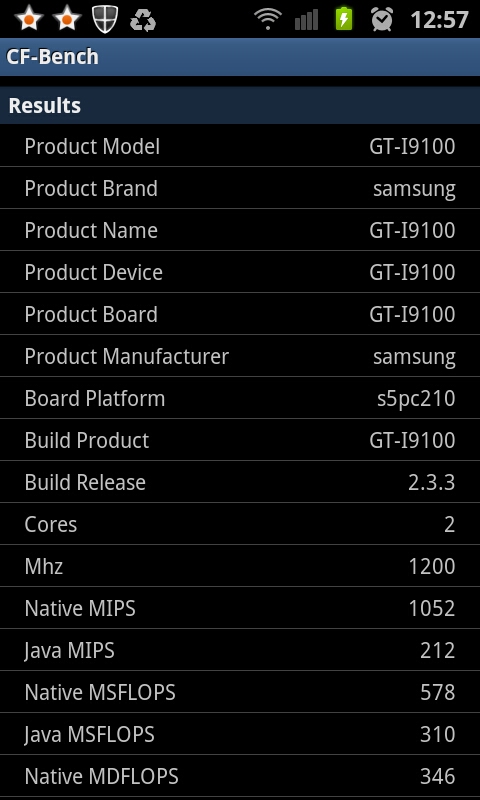 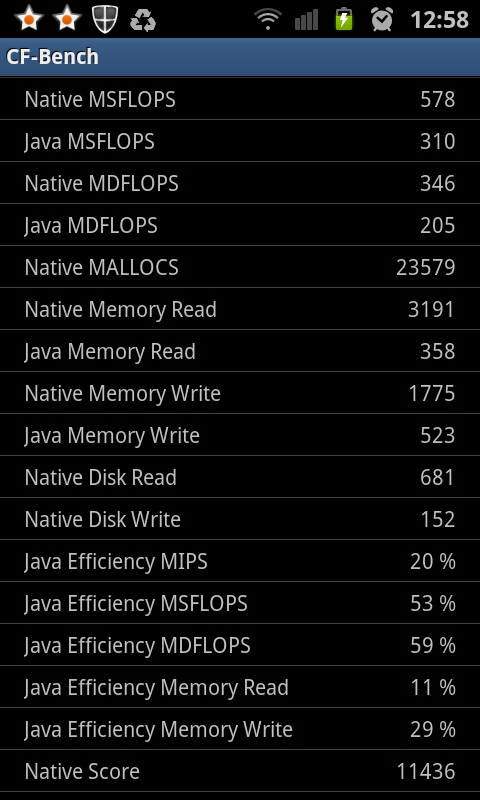 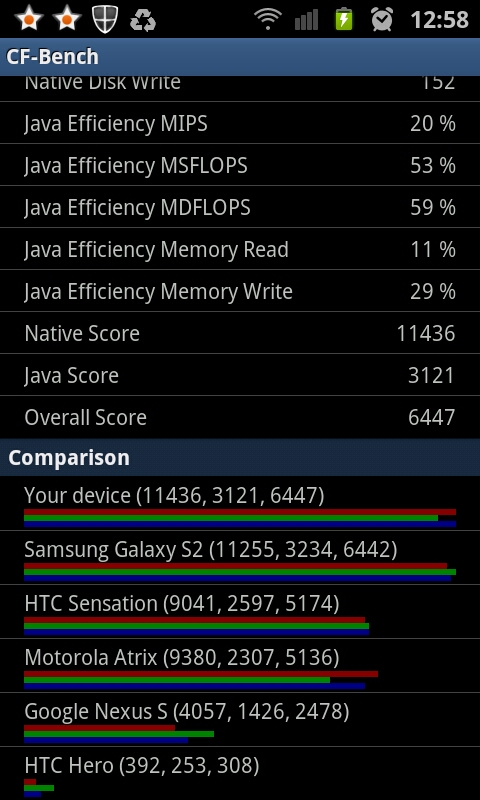 The last test I made was with Linpack, but it only test your smartphone’s speed (ROM and CPU). The whole test is not pretty complicated as compared with Quadrant and CF-Benchmark. I scored only 32652 on the final result. Honestly, I don’t know what does it mean. 🙂  Actually, after the test I removed it immediately from my phone – it’s very suspicious for me.  So, I suggest don’t install it anymore since it really doesn’t give you much information. 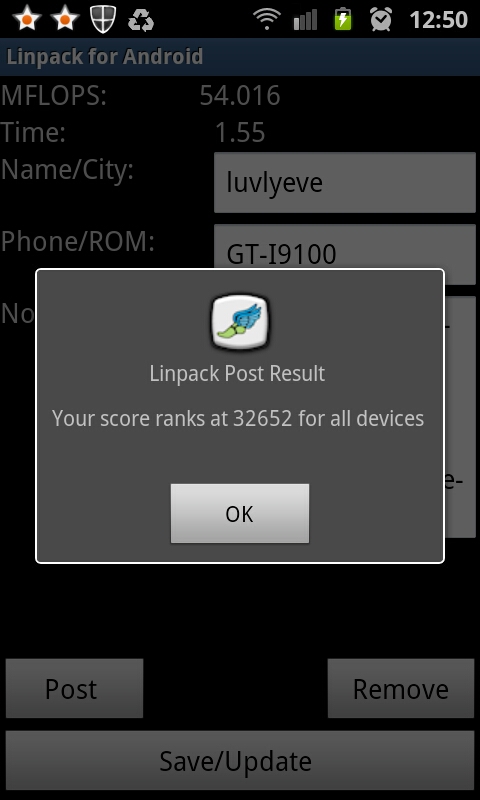 So that’s all, I’ve showed you my own tests I made with Samsung Galaxy S II and from the looks of it I am very much satisfied.