Angry Birds is now available for you to download and change your default Windows 7 theme. Rovio Mobile’s famous game series, Angry Birds, was first created for Apple iOS back in 2009. Angry Birds had been considered as one of the famous games and even sold over 12 million copies over the Apple Apps Store. Since then, the company recreated the game to become compatible with other platforms – from iOS devices, android-based tablets, smartphones, and even unto your Google Chrome’s browser. And now because of their popularity, Microsoft added Angry Birds on their Windows 7 theme collection.

I am not sure how many people out there stores this puzzle-based game on their devices but most of my friends, there are only two dominant game applications installed on their devices – it’s either Plants vs Zombie or Angry Birds.  Expanding Angry Bird’s outreach, the raging birds have received a theme on Microsoft’s Windows 7 Personalization Gallery – neat! 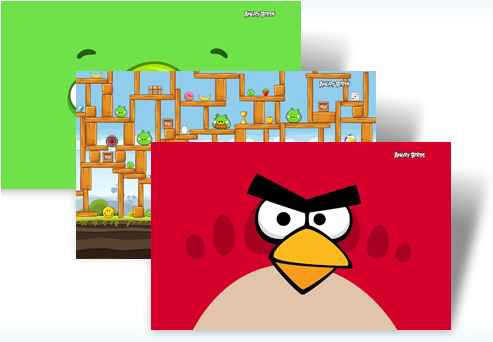 Why We Need Antivirus Software for our PC?

They have no wings. Their eggs have been stolen by pigs. So, yeah, they’re pretty angry. Contemplate their mood at length with our free Angry Birds theme for Windows 7.

Click this link to be redirected to Windows 7 Personalized Angry Birds Theme.