Facebook for Android pushed another update and now the latest version in the Android Market is ver. 1.8.3, the availability still depends on your device if this version is compatible on your device. There are some devices that isn’t compatible yet with the latest release so you you might not be able to download this if it isn’t meant for your Android devices.  I have updated the copy of Facebook for Android on my Samsung Galaxy S II GT-I9100 from ver.1.8.2 (pushed earlier this month) to ver.1.8.3 and tried to see what were the changes or bug fixes Facebook developers made. 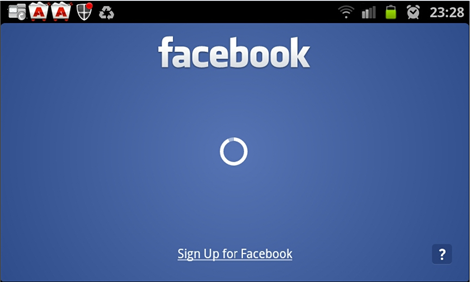 According to Facebook, this latest release of Facebook for Android have the following new features and changes: 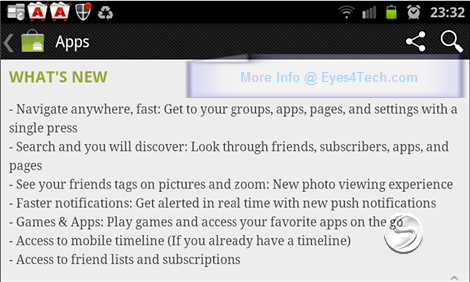 It only took me less than 3min to update my Facebook for Android application through a Wifi hotspot at home.  And after the installation I logged in and tried it for myself.  It seems that there’s nothing really that you can call “major changes” with this latest version of Facebook for Android.  Everything’s pretty normal and the same for me since the Facebook for Android version 1.8 and so I went on and on navigating and exploring this latest update.  I can agree that navigation is a little faster now and the Timeline for mobile devices is there also but about the latter, this is not really new since it’s already there since the last version ver.1.8.0.

Here’s the only thing I noticed which I am not sure if I am the only one experiencing it. It’s about when you upload a photo to your Facebook for Android from either your Android smartphone’s camera or gallery.  The uploading seems quick which is a good sign, but the problem is when you view your feeds or your wall it’s still not there.  I tried to check the photo I uploaded to my desktop PC and there it is.  This means that the Facebook for Android still have this same old issue.  I hope they could fix this soon.