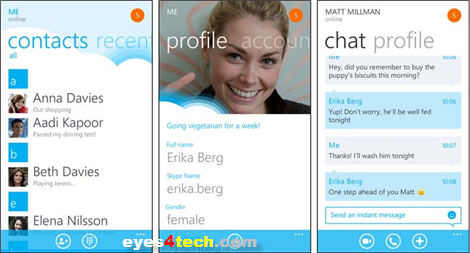 Now, almost everybody who owns the latest electronic devices such as smart phones and tablets running on either Android, iOS, Symbian, Desktop PC, MAC, laptops, even on Internet connected TVs can now connect and interact through this cool application called Skype. And the latest operating joining the fun are all the Windows Phones out there.  According to Skype, they have tested and certified the latest Skype for Windows Phone on the following handsets:

Highlights of Skype for Windows Phone

You can download Skype for Windows Phone from Windows Marketplace. And for more details, you can check the official blog site of Skype.