It claims to be able to transfer applications, music, pictures, documents, etcetera between two computers. This implies that you do not need to manually install each important programme into your new computer. The makers of the app say that one does not need any technical knowledge to be able to use it like a pro.

Applications like these could be a new dawn for storage technologies.

What’s really impressive is it’s speedy and simple installation operation. It’s extremely friendly interface is a blessing for many people. While there do exist other similar applications, this one has an edge over them because of its ease of use and fewer number of steps. 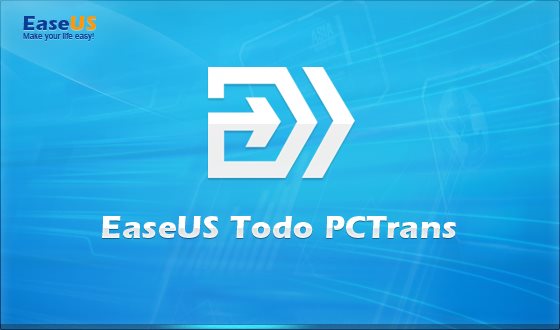 To begin using, EaseUS Todo PCTrans must be installed on at least two computers. The antivirus application and firewall on the computer must be turned off to avoid access issues. Also, the computer must not be in sleep or hibernation or any other monitor off mode or it could disrupt data transfer. The other computer should become visible in the main frame once the software is running on it. There is, however, an option for you to add a PC by inputting its host name or IP address in a small box. PCTrans then identifies and shows the total number and the vital stats of the files and compatible applications. It further automatically selects only those compatible programmes which do not exist on the other computer along with all the non system data from all drives including personal documents and desktop objects.

During data transfers, users can inspect information regarding analysis, currently processing objects, current and total size along with speed of transfer.

How to use EaseUS Todo PCTrans?

EaseUS Todo PCTrans provides two modes to transfer data and applications: via network connection and via an image file.

Step 1: Install Todo PCTrans on both computers which are on the same LAN.

Step 2: Run Todo PCTrans on both your old & new PCs and then select “Via network connection”.

On one computer, select the computer which you want to transfer data or applications from.

Click the edit button to select the data or applications

Transfer data and applications via an image file

Step 1: Install EaseUS Todo PCTrans on the source computer which you want to transfer data & applicationss from.

Step 2: Run EaseUS Todo PCTrans and then select “Via an image file”.

Step 6: Install EaseUS Todo PCTrans on the destination computer which you want to transfer data & applications to and the copy image file to this computer.

When finished, a message dialogue pops up.

System reboot is required on target completion which can be avoided if only user data was copied.

On testing, PCTrans successfully transferred programmes and user data into evaluation. It was then noted that transfer tasks, if disrupted, can be resumed later.

This application facilitates large data transfers and app installations in a simplistic interface.

It automatically installs programmes which makes it take longer to get the work done. It can also lag on speed when trying to identify the installed apps. On occasions, it fails to detect applications already installed on the other computer and transfers them anyway. What’s more disappointing is that is cannot be customised too much. Users do not have an option to modify locations for installed apps.

Although the CPU usage is considerably low, RAM usage is pretty high and plenty would find the system very expensive.

Taking the bird’s eye view, PCTrans does a pretty decent job transferring personal files and apps with it’s primary attraction being its simplicity. The functioning is however undernourished and there’s a room for improvement.

Do give the PCTrans a try and stay tuned for more reviews of useful apps.

Next Post All about iPhone Care Pro for Mac by Tenorshare