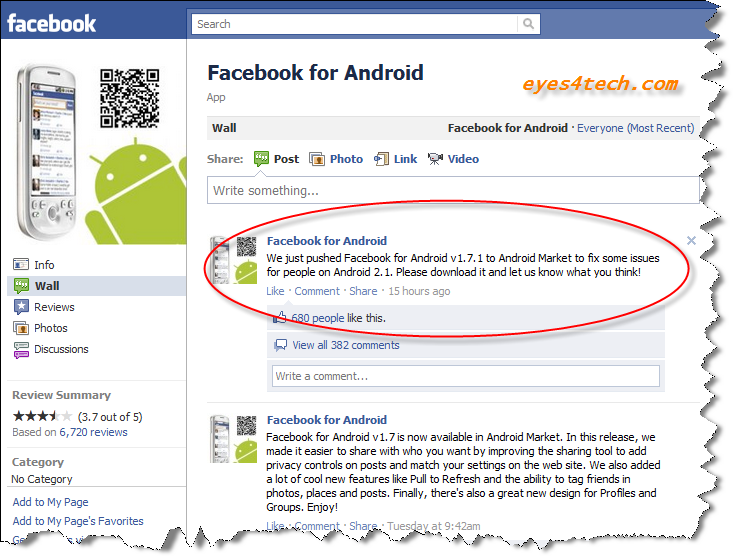 A week after, the same developers released their beta build called Facebook for Android version 1.7.1. According to the group this is to fix the bugs found for Android Eclair (2.1) users or smartphone owners.

Although, it is said that this release is better than the previous versions most Android users were still asking the developers to bring back the “update via Android” status on Facebook. And there are any other comments saying that this version is not working on their phones.

I am looking into another build in the coming weeks for the developers to fix the remaining bugs. For more details on the application you can check their Facebook page and/or Android Market.

Next Post Windows Phone Mango – Microsoft’s Teaser Video On What To Expect (Soon!)