Smartphone users are projected to exceed 1 billion by the year 2012. Smartphones, in fact, have become a huge part of people’s daily lives. They have not only become an accessory, but also a “necessity”. Smartphones are used in areas of entertainment, communication, business, finance, marketing and health. Now psychology and even neuroscience may even benefit from the technology Smartphones bring.

We may not hear often, but Smartphones make a great contribution when it comes to the field of cognitive science. Cognitive science refers to the study of human cognition. Human cognition involves aspects such as memory, attention, language and learning. These areas are still not fully understood by science, but they play a crucial role in human life and survival. 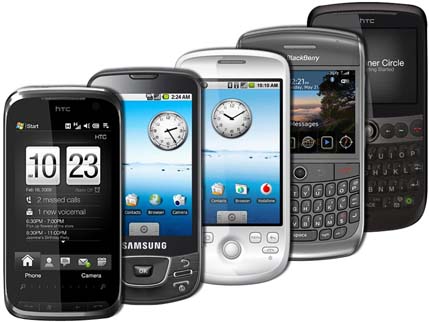 So what do Smartphones have to do with cognitive science? In order to fully understand human cognition, scientists study small groups of homogenous individuals. More often than not, these individuals are asked or volunteer to go research centers where behavioral experiments are done. But since only small groups of individuals are tested, only limited data or results can be derived. The small number of subjects also lead to bias and other limitations. To combat this, a group of researchers conducted a mass coordinated research using Smartphones to collect data from a number of study participants. Such methods are also suggested to solve the problem of bias and study limitations.

How Did Smartphones Do This?

According to researchers, precision is a key element in studying human cognition. Any tool used to study this facet of the human life must be able to catch the millisecond changes in language, memory, learning and behavior. Using Internet applications cannot catch the millisecond changes, and so Internet tools have proven to be ineffective. Smartphones, such as iPhones and iPads offer technology that can catch these millisecond changes. iPhones and iPads are built with millisecond timing for responses. This fast response enables the researcher to collect data in a precise manner. Through Smartphone technology, researchers can also study a wide range of subjects. Smartphones are available in different countries, and the models are identical, which makes technical difficulties per country not an issue. iPhones and iPads are also built with multimedia applications, are internet ready, user friendly and portable.

How Did They Do It?

iPhones and iPads were used to test psycholinguistic abilities to detect conditions such as dyslexia. The users simply download an application from the App Store free of charge, and they are asked to perform one or more sessions. The psycholinguistic test measures the response of the users when asked to decide if a particular word is indeed a word. Example: the participants are tested if the word appearing on the screen is indeed TABLE and not TIBLE. This is simple cognitive task that aims to measure one’s lexical ability. This test usually employs a small number of individuals, but through the use of Smartphones, the researchers were able to employ a large number subjects making the research data richer.

This is a submitted article from Aadith Sasi who is android lover who have moved towards using blackberry phones and loves to find deals related to Blackberry SIM.

Next Post Samsung’s Next: Galaxy S III mini Before The End Of The Year