It is now official, there’s a new HTC Android 4.0 Ice Cream Sandwich entry-level (budget-type) smartphone in joining the HTC family – HTC Desire C with Beats Audio. HTC Desire C, looks like the smaller version of HTC One family specially the One X and One S based on it’s finishing design.  But too simple as it may look, it will go along with the NFC-enabled HTC smartphones. And not only that, this little beasts sports an Android 4.0 Ice Cream Sandwich for the operating system and Beats Audio for your pleasure. 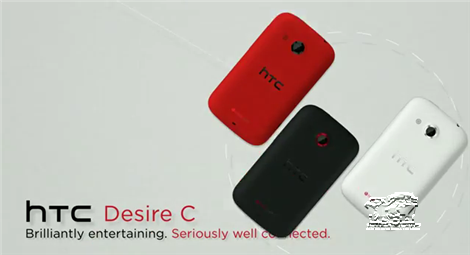 The HTC Desire C sports a 5MP camera and a 3.5-inches HVGA touchscreen display. For your content storage, you can utilize and enjoy the bundled 25GB free Dropbox virtual storage space – but be mindful that the 25GB free storage will only guarantee you to save your contents for two years.  Now, here’s another cool feature included in HTC Desire C – HTC Sense 4.0 – which was one of the main features of the HTC One series.

Earlier reports says that HTC Desire C will be offered and available in most of the major mobile network carriers like Vodafone, Orange, T-Mobile, O2, and many more in the UK. And it looks like T-Mobile already announced that they will be offering HTC Desire C for free on £15.50 per month contract agreement or  £169.99 if you want the PAYG or pay-as-you-go agreement.  Here’s the tweet from @TMobileUKNews.

Previous Post The Top Most Great Travel Apps For iPad