This is good news for all HTC One users because the HTC One Android 4.2.2 update have started to roll out its international version. If you recall, HTC One was initially launched last year 2012 – HTC One X, One S, and One V. HTC One series is considered as the pride of HTC smartphones and the Android flagship of the said company. However if you buy HTC One, the Android version out of the box is Android 4.1. And sadly, since then the Android update is pretty slow when compared to the company’s competitors like Samsung. But truly thanks to the never-ending commitment of HTC it looks like there’s hope now for all users of HTC One as the latest HTC One Android 4.2.2 update is coming its way. And the update have started in Taiwan and soon the international version will follow. 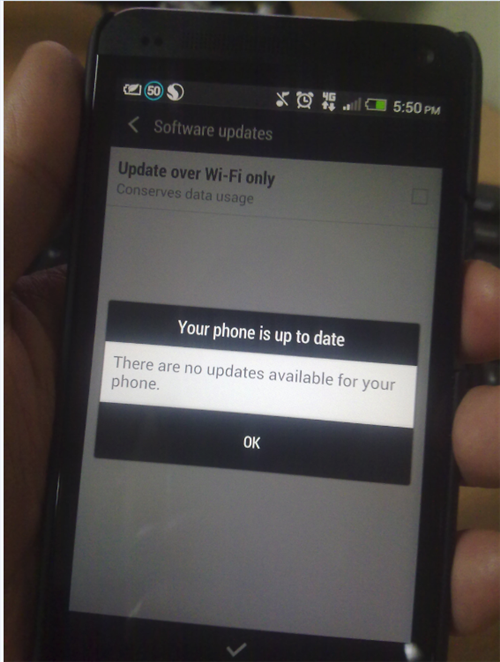 And so the HTC One Android 4.2.2 update have started last week in China with their HTC One dual-SIM and it’s expected that the same thing will be done for the international version. Taiwan already had their fair share in the updates and people from Geeks.com got the chance to install it and provided their experience with the latest HTC One Android 4.2.2. You can watch it below.

It was described that among the changes will be the Sense 5, which will include Quick Settings panel. This will be accessible by swiping 2 fingers from the notification bar. Another is the screenshot button in the notification. And many other more.

Well, you need to be patient for now because the new version has just begun and you will still won’t see it coming into your phones now. But you can probably turn on your auto-update to see whether you can now download through OTA or plugin your device into your PC. Right now, we’re still waiting for the HTC One Android 4.2.2 update here in the Philippines but we’re sure it’ll come – soon.

There’s an update though for HTC One S owners saying that the company confirms it will be stuck with Android 4.1.1 and Sense 4+. Now this is a little bit disappointing.

Next Post Despicable Me: Minion Rush for Android and Apple Smartphones