With the upsurge in demand for social media and general informative content, the mobile app industry is having sleepless nights trying to come up with a mobile app that will perfectly fill that gap. Despite the availability of such content over websites, the focus has shifted to mobile devices. The imperative nature of such apps is what has driven mobile app companies to focus on mobile app development that will cut the chase. 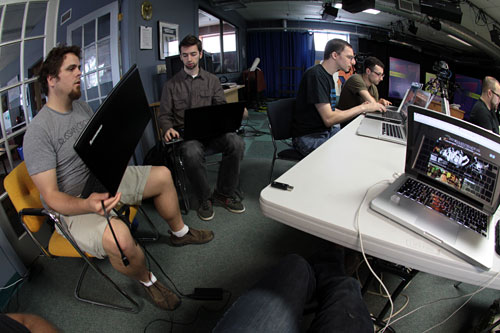 A good mobile app development strategy will usually focus on having a well-organized and experienced team of experts to get the job done. Other important factors to be considered include the apps security, functionality, interoperability as well as its ability to function offline and all this boils down to what app will get the job done, and perfectly for that matter.

http://www.thebhwgroup.com is one such company that has delved deep into the mobile app development. The apps are meant for both mobile devices and the web. They work through adapting to your best practices and development methodologies. In addition, it leverages a team of experienced developers in order to offer you top-notch services at very affordable premiums.

This article is aimed at addressing the creation of mobile apps that buy into the BHW Group policy which is responsible for the development of 3 main mobile apps as will be discussed below to give you more insight.

These apps have the best experience, usability as well as best user experience. Users with such apps enjoy special features such as ease of use, documentation (unlimited 2500 books, blog posts and articles), fluid animation, and multi-touch, fast graphic API as well as a whole load of built-in components.

Native apps require high-level expertise to develop and this is an important consideration and BHW Group pays lots of attention to this. These apps are develop using IDEs which avail the requisite tools for building project management, version control, debugging etc. However, the final apps are relatively easy to launch, performs optimally and has very beautiful interface that’s easy to use and gives excellent user experience.

Such apps are basically a single or a series of WebPages which are designed and modified to function on a small screen and operable by any web browser. It’s much easier to start building an app on HTML5 than in hybrid and native but you have to taste it on various devices to ensure that it’s in tandem with the resolution and screen size.

Some of the features include multiple UI frameworks for solving major problems, IScroll, Sencha Touch and JQuerry mobile for elegance purposes and numerous plugins.

Despite the ease in support and development, such apps seem inferior to the native because they lack important features on native apps such as the user-interface and the ability to use important gestures such as double tap.

These apps combine some of the best features of HTML5 features and the native ones. Therefore when you use such apps, you will enjoy a taste of features from both divides.

These apps are developed using JavaScript and HTML5 and then contained in a native platform for the purpose of accessing native features.

Next Post Copy DVD with the all New DVDFab DVD Copy