Clash of Clans on Android tablet is so much fun than playing it on your typical smartphone or even on iPhone 5s which only sports at least 4-inch (diagonal) Retina display. Everything feels better and bigger is you play the most popular game app Clash of Clans on Android tablet or even on Apple iPad. But of course, here’s one typical scenario that is more likely to happen especially during gatherings – sharing of devices like tablets. So, what if one or more of your friends or relatives wanted to play or boost his Clash of Clans (COC) but you only have one device, one Android tablet? What are you going to do next? For those who have been with this popular and one of the highest-grossing apps, Clash of Clans is one of those games where it binds the user’s or owner’s account to the game – one device, one Google Play store account, one Clash of Clans account. And if you log out your Google Play account from the device, by then others can use it – but isn’t it a little bit tedious and time-consuming? Another scenario is what if you own more than one Clash of clans that you have created from different Android devices and you want to consolidate them all and play it on one single device? Don’t worry it is very possible to play Clash of Clans on Android tablets with multiple accounts. 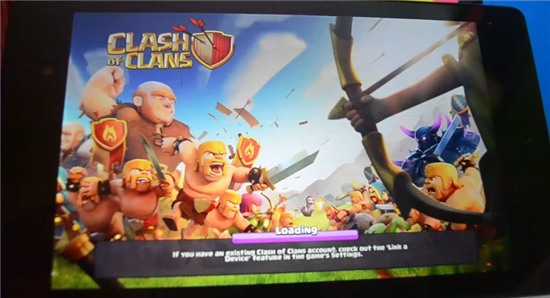 What Are The Top 7 Internet Providers in New York City

1. On your Android tablet Home, go to Settings
2. Tap on Users
3. Then tap on Add user or profile option
4. On the pop-up, select and tap on User (the other option is Restricted Profile)
5. Then confirm to add a new user by tapping on OK
6. The succeeding steps will require the newly added user to set up a new profile on the Android tablet device.

MAKE sure that there is enough memory/disk space for the new user.

7. Upon confirming that you are about to create a new user or profile, you will be brought back to the main Window and show you a blank profile. Select and tap to that new profile to start creating the new account.

You will need a new Google account to add the new profile. Or if you have already an existing one from your other device you can use it to add in the Android tablet.

8. Sign-in using your Google or GMAIL account.
9. Follow the instructions to complete the setup
10. After you have completed the setup, you may now download Clash of Clans from Google Play.

VIOLA! You now have multiple Clash of Clans on Android tablet device. And if you still have an issue creating a new profile or adding a new user on the Android 4.2 Jelly Bean device then you can also check the Android Police article where Multiple User Accounts have been one of the highlights of Android 4.2.

I have written an updated tips/tricks published on how you can have Clash of Clans multiple accounts in one device. You can check it on BugThinking.
Go ahead, try it and let us know how it goes!

Next Post Types of internet threats you should aware of