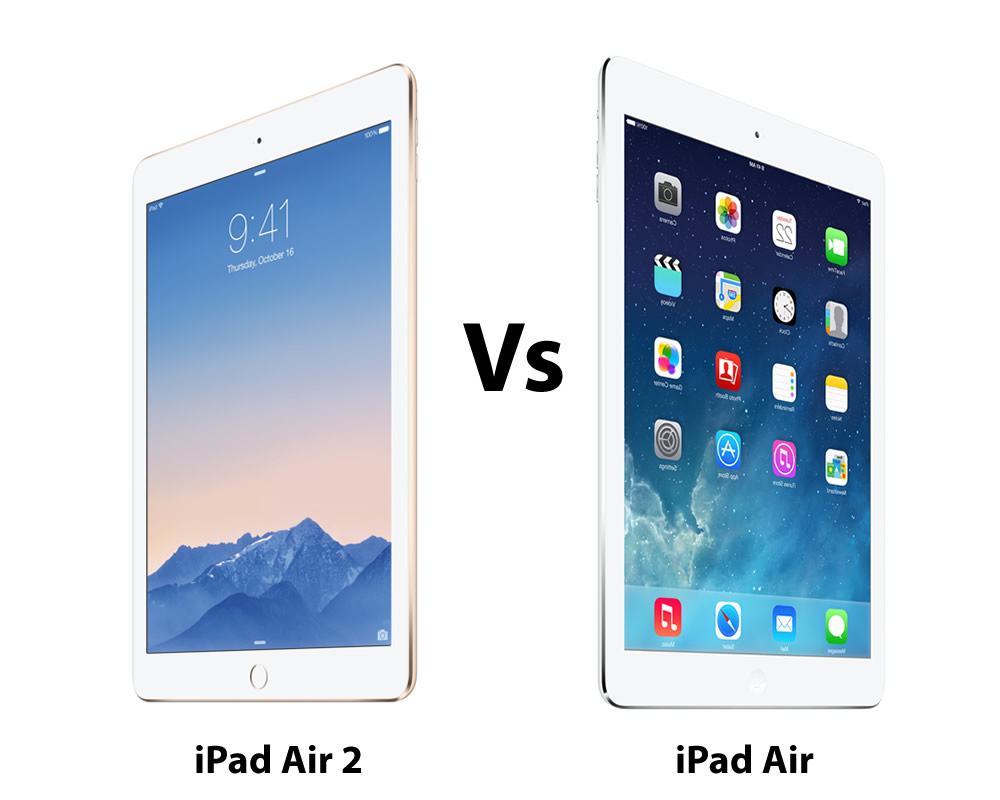 Some of the features of iPad Air 2 aren’t available on iPad Air which can be worth the $100 gap. iPad Air 2 has a faster processor than compared to iPad Air. It is installed with the Apple A8X processor rather than the A7X processor in the older version. The new processor guarantees a much faster processing while playing HD games and power intense applications. It is an important consideration while buying the new IPad or not whether it gives the user the ability to open the applications faster than the older one.

By looking at the newer version one cannot exactly differentiate between both of them, but if one holds it they can easily say that the iPad 2 is much thinner and lighter in weight. The changes are small yet noticeable. The no sound button which is available in the IPad Air, is not available in the upgraded version. The most important upgrade is the Touch ID. With Touch ID now people can make purchases from the apple store rather than just unlocking the device. It also helps in verification of the user. So logging in to various websites like Amazon is very easy.

The display screen is same for both the versions. The iPad Air 2 is less reflective than the iPad Air. It is an appreciable update since it implies less unnecessary reflections while using the device. As compared to the older version, iPad Air 2 has a much better screen and better looking colors as well. The IPad Air 2 is installed with an 8 MP camera rather than the 5 MP camera in the iPad Air. The added features are the slow motion video and the burst mode.

There is an upgraded technology in IPad Air 2 in regard to connectivity. If the user has a new router they can download faster on the iPad Air 2 rather than the iPad Air. It also has the option to choose one sim while switching carriers. The iPad Air 2 has superior wireless and also a barometer which comes handy while changes in the elevation. The Apple iPad Air 2 has a battery life of about 3 hours and 53 minutes as compared to 4 hours 6 minutes of iPad Air.

The iPad Air 2 comes with many new features but on a day to day basis these changes aren’t really noticeable unless you are aiming for high storage space.

Next Post Save Huge bucks on online shopping with CouponDesh