LG Mobile announces their world’s first smartphone sporting a 2GB RAM for optimal LTE connectivity known as LG Optimus LTE II.  The additional 2GB DDR RAM is the main highlight of this Android 4.0 Ice Cream Sandwich smartphone to ensure to support the LTE connectivity. You can now run large applications without compromising the quality and stability of your smartphone.  It’s now like having a portable computer or laptop on your palm – come to think of it, my own desktop computer only uses 2GB DDR RAM as well. 🙂 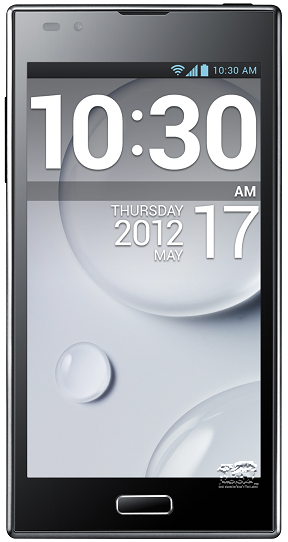 What else should we expect from LG Optimus LTE II besides that 2GB DDR RAM?  This Android Ice Cream Sandwich smartphone also sports a 4.7 inches True HD IPS Display with a resolution of 1280 x 720 pixels. If that 2GB DDR RAM is still not enough for you then you can still use the 16GB internal storage, and microSD support up to 32GB. The camera is no different from the other same caliber smartphones in the mobile industry – an 8MP rear-facing and a 1.3MP front-facing camera. LG Optimus LTE II processor is 1.5GHz Dual-Core (Qualcomm MSM8960).

As for some of the features of LG Optimus LTE II, the camera it uses has an advanced feature that lets the user selects the best shot among multiple images take just before the shutter button is depressed – sounds familiar with Samsung Galaxy S III. Also, there’s a voice command recognition called Voice Shutter that allows the user to remotely tell LG Optimus LTE II to take the shot.

There’s another one feature of LG Optimus LTE II that you would want to see – the wireless charging! LG made and set a new bar in terms of battery efficiency by adding a removable 2,150mAh battery which happens to be the largest on LTE devices. But wireless charging, whoa! This was made possible by the magnetic induction wherein the smartphone can be recharged by placing LG Optimus II LTE on a wireless battery charging pad. COOL!  But note that this is being sold separately.

LG Optimus LTE II is now available in Korea but there are still no words if these LTE smartphones will be shipped globally.

Next Post Why Buyers Still Prefer Blackberry? Reasons of Popularity