The first version of Marvel VS Capcom 2 is now available for you to download on your iPhone, iPod Touch and iPad from iTunes with a special launch price at $2.99 which started yesterday until the 06th of May! Marvel VS Capcom is one of my favorite arcade games from CAPCOM since I was still in college.  I love using Ryu and Wolverine combination to fight against all of the character combinations whether it’s a friendly game against my friends or CPU.  And now, we can enjoy this ever popular game on iPhone and iPad. 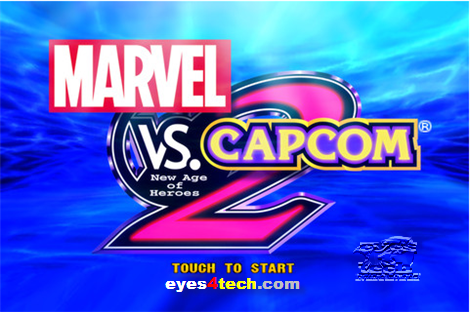 With CAPCOM’s now on iTunes, I guess we’ll see more amazing game application from them and one of the freshest games they released yesterday is the popular Arcade game MARVEL VS. CAPCOM 2.  We can now enjoy this arcade-fighting game while using most of the popular Marvel and CAPCOM characters like Ryu, Wolverine, Spider-man, Chun-li, and many more. 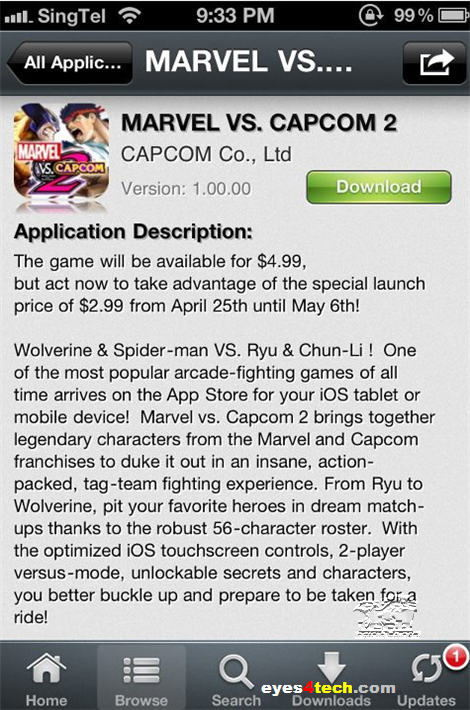 The MARVEL VS. CAPCOM 2 arcade-fighting game for iOS brings us some great features making us somehow feel the same way as we used to play it on arcade machines, PSP, PlayStation, and etc. The game has been optimized for iOS touchscreen for you to control and navigate your characters, there’s an option for you to play it with your friends with its 2-player VERSUS mode, and unlock more characters as you go through the game.

Here are some of the listed features of Marvel VS. Capcom 2 for iOS:

The game is compatible not only with iPhone and iPad, here’s the list of iOS devices which are considered compatible with Marvel VS. Capcom 2 arcade-fighting game. But do take note that your iOS version should be iOS 5.0 or up.

I do hope CAPCOM would consider to re-create this popular game for Android – I think they will, soon. For more information about Marvel VS. Capcom 2 arcade game for iOS, check it out from iTunes.

Thanks to Regie for the tip.