Even after the allegedly weak sales of HTC Status Facebook smartphone from AT&T, it looks like some other mobile companies are still following the idea and design of the said phone as Motorola soon to launch Motorola EX225 which was found to have the same Facebook button on its QWERTY keypad. This report came from Bluetooth SIG  through BGR (Big Genius Reports) with images of the soon to be manufactured phone with Facebook-integrated UI (user-interface). The company, Motorola, plans to distribute this in the following countries around the globe: Africa, Asia (Philippines is expected to get this as well like the HTC Status/HTC Chacha), Australia, Europe, North America, South America. 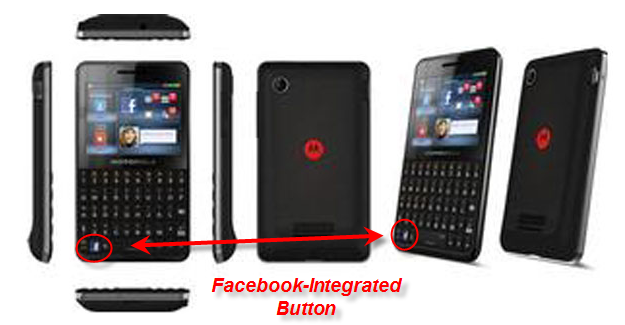 The EX225, sports a 3MP(megapixels) camera with a QWERTY keypad (plus Facebook button at the bottom like HTC Chacha). This phone is also 3G and also support GSM, GPRS, EDGE with a 2.4-inch TFT display and the best of all where most Filipino loves is it can support single/dual SIM packs.

Pretty simple isn’t it?  I think this will be just enough for your kids. 😉

We haven’t received any reports on how much Motorola EX225 will cost you once it’s out in the market but I will update this post as soon as we have it.