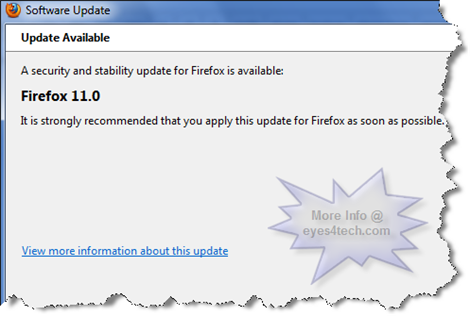 And so I’ve updated it anyway to the latest Mozilla Firefox 11.0. So what’s hot and what’s not with Mozilla’s latest release of Firefox?

Here are the new features of Mozilla Firefox 11.0 from their Release Notes.

And here are the list of unresolved known issues.