Samsung Electronics Co., Ltd, seems to be very excited and can’t wait until the Mobile World Congress (MWC) 2012 event that will be held on the 27th of February until 01st of March at Barcelona, Spain . Samsung, being one of the popular and leading mobile and slated device distributors in our current generation unveiled their two (2) new handsets – Samsung Galaxy Ace 2 and Samsung Galaxy mini 2. These two handsets are both upgraded version of their predecessors – Samsung Galaxy Ace and Samsung Galaxy mini – which went out in the market last year.  According to Samsung, these two devices were such a success into their company hence they upgraded them for their loyal customers. These are intended for people who longs for an Android phones that can keep up with their active lifestyles and yet very much affordable. 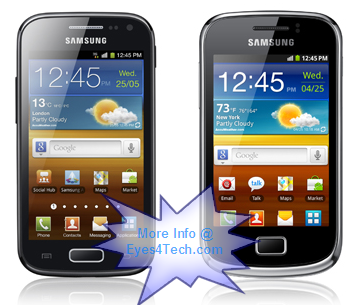 The question now is what do we expect from these two new Samsung Galaxy handsets that can convince the end-buyers to give in and actually buy them?  Here’s an overview of Samsung Galaxy Ace 2 and Samsung Galaxy mini 2 specifications and features. Let’s take a quick look on these Samsung Galaxy smartphones and if they can really provide us the feeling of “worth-buying-it”. 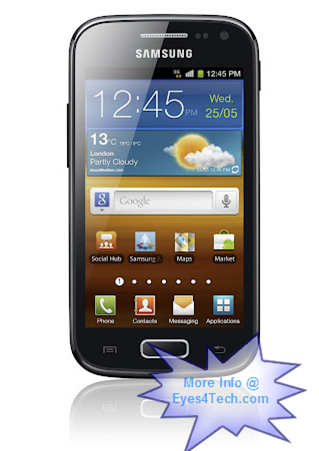 For a smartphone device that sports an 800MHz dual-core processor, I think it’s safe to say that we are to expect that Samsung Galaxy Ace 2 will be and should be faster. This description involves navigation between screens when swiping your screen and the end-buyers/users can even enjoy playing their all-time Android games. And of course, multi-tasking activities with your handset shouldn’t be a problem at all.  The screen display stretches up to 3.8 inches WVGA with a resolution of 480 x 800 pixels PLS TFT – not bad for a high-quality graphics applications.  As for your Internet, surfing and browsing experience you can now enjoy Samsung Galaxy ACE 2’s HSPA 14.4 connectivity to provide you with faster download speed.  The memory allocation for Samsung Galaxy Ace 2 have been upgraded as well with an additional 4GB Internal storage (separate from 768 RAM) for your personal files, photos and videos.  You can also extend your Samsung Galaxy ACE memory up to 32GB using a microSD card.  The total dimension of Samsung Galaxy Ace 2 is 62.2mm x 118.3mm x 10.5mm and weighs 122g. And before I forget, this Samsung Galaxy Ace 2 is still on Android 2.3 Gingerbread operating system.  Here in the Philippines, my hunch on the price of Samsung Galaxy Ace 2 (based on the current price of Samsung Galaxy Ace) should start from Php 11,990.00. 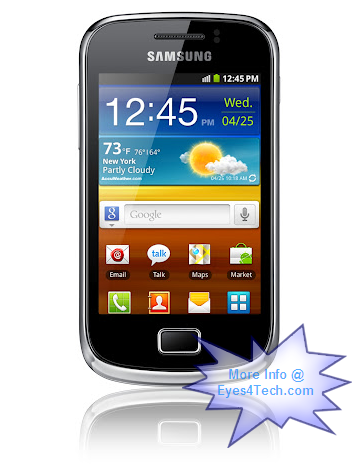 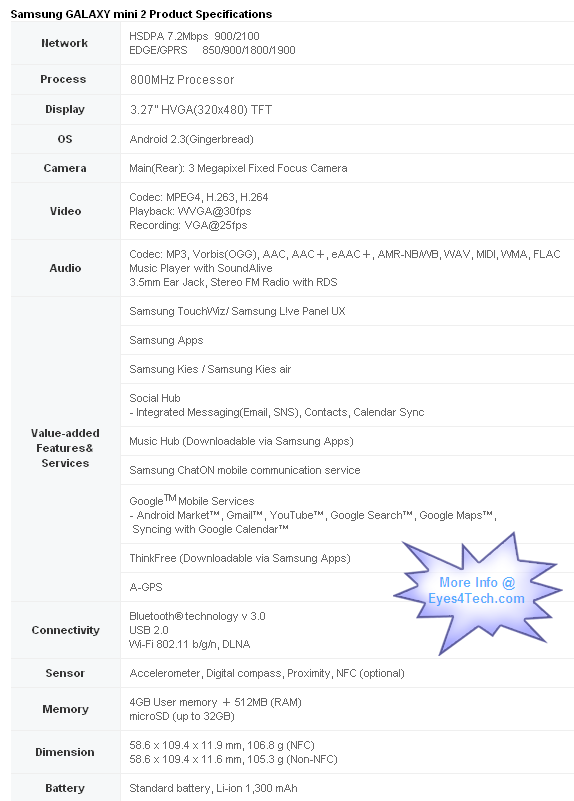 According to Samsung Electronics Co., Ltd, Samsung Galaxy Ace 2 will be first launched and available in UK by April while the Samsung Galaxy mini 2 will be launched in France by next month, March. After that, Samsung will be rolling these out globally.

With the rising of new Android smartphones in the mobile industry, do you think these two new Samsung Galaxy Android smartphones (considering that they are still on Gingerbread) would still be a success story for Samsung? Would you buy one for yourself? Well, let’s wait and see.