Late last year iPhone 4S was released and Apple continues to ship this device on other countries for other people to enjoy it. And the common scene in most official Apple retailer shops, people would camp outside the store days before the launching date and one example of this is the most recent incident from China (check the details here).  All of them are waiting in line just to get that chance to own this latest device and tell the world that they’re not left behind.  And of course, now that you have you’re very own iPhone 4S you don’t want anything to happen to your iPhone or at least not even a single scratch on it.  This leads us now to look for something that will protect our most precious device from such mischief. This is the same reason why third-party likes new gadgets, products or devices being released by big companies like Apple.  They use opportunities like this since they have now a chance to create new products to go along with that.  Let us take Rokform® for an example as they introduce to us their latest, award-winning, and best  iPhone 4 and iPhone 4S protective case ROKBED™ v3. 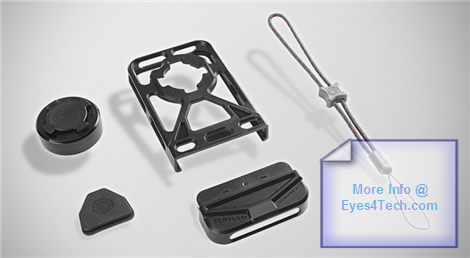 Rokform® was also included in the recent Consumer Electronics Show (CES) 2012 and was actually picked as International CES Innovations 2012 Design and Engineering Awards Honoree for their Rokbed™ v3 iPhone 4/4s protective case.  I should say that this protective case is truly amazing and it’s really not an ordinary iPhone case – it’s a “system” as Rokform calls it.  Here are the reasons why you would want to have it and why it is called a system.  First, Rokbed™ v3 was constructed and molded with tough polycarbonate especially on critical areas of the frame which makes it the best protective iPhone 4S case. Then there’s the Thermoplastic Polyurethane (TPU) non-slip grip insert that would take care of those people who have sweaty hands or slippy surfaces. It also comes with an adjustable hi-tensile wrist lanyard. This protective case also sports a remote mounting system (RMS) which enables you to mount your iPhone 4S anywhere with its magnet insert.  Aside from the lanyard, there’s also an option if you want to get the TPE Non-Slip Grip Magnet Insert where it enables you to mount your iPhone 4S easily anywhere with or without the magnetic insert.

Computer Glasses for the Internet Era – What Can It Do For You? 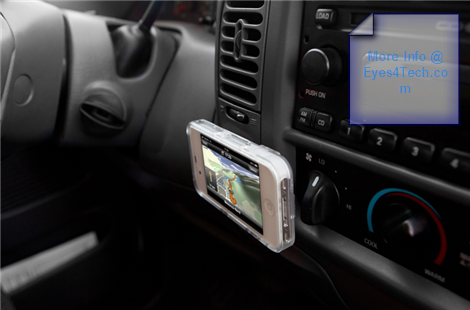 There are so many colors to choose from and these best protective iPhone 4 and iPhone 4S case were designed, made and manufactured in the USA.  The cost? If you are interested you can check Rokform’s online store to get more details and colors or if you also like to add some more addons with that.  As of writing this article, Rokbed v3 Case for iPhone 4 and iPhone 4S would cost you $39.00 each. 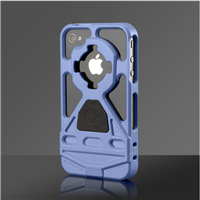 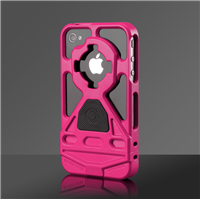 To get a better view of this amazing best iPhone 4/4S protective case Rokbed v3, check their official video below. And here’s their official website if you want to purchase this – link.