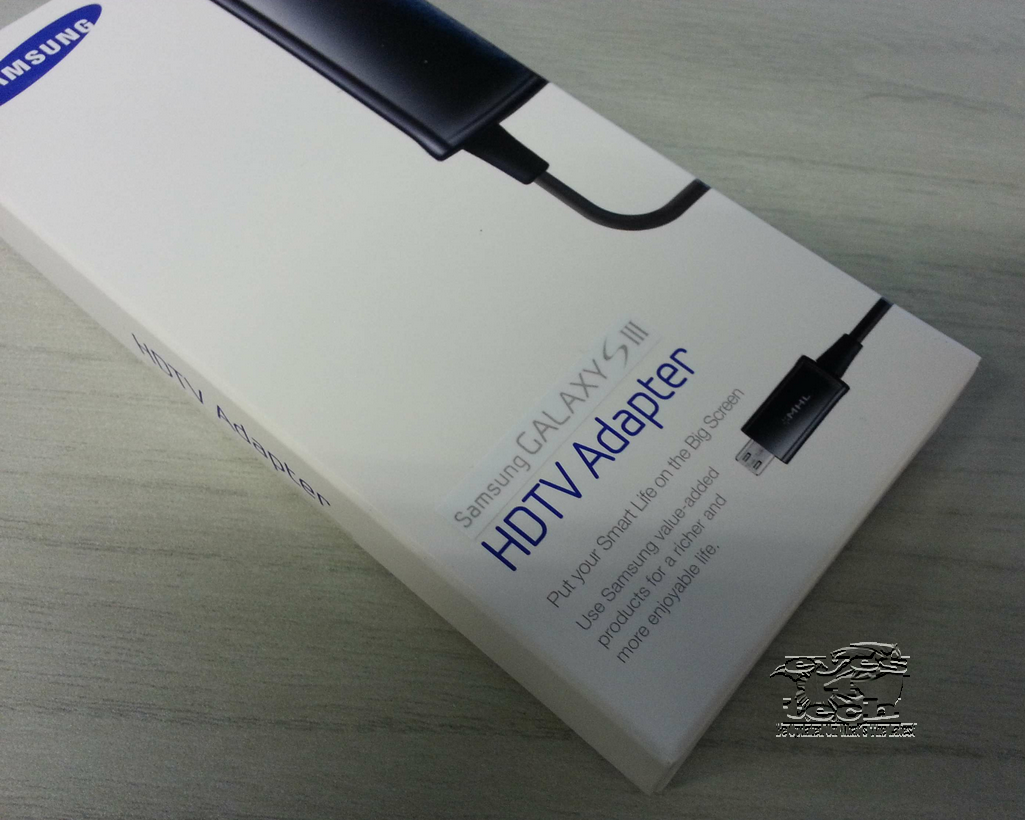 This can become quite frustrating for some of the tech-consumers especially for those who have been loyal to Samsung products because it may give them the impression that Samsung is now becoming too product-centered and not concern anymore with their consumers. Imagine, a new Samsung Galaxy S III HDTV Adapter will slash your pocket with a price of around $40 or at least £25. While for some, they look at this in a positive way and they feel that they will be getting the best out of this new HDTV adapter for Samsung Galaxy S III. Lucky are those who haven’t bought a new HDTV adapter along with the new Samsung Galaxy S III.

Obviously, an adapter with a different pin configuration and connection will not be backward compatible – well this is what I believe with my Electronics experience. Of course, I may be wrong about this but there are no reports yet that the new adapter is indeed compatible with other Samsung smartphones.

Here’s Clove Technology’s unboxing of the Samsung Galaxy S3 MHL/HDMI adapter required to use the TV out facility with a HD monitor without an MHL connection.