Samsung Galaxy S III was first seen in the world on their recent Samsung Mobile Unpacked 2012 event held at Earl’s Court, London on May 03rd. Now, this hottest and most popular Android Ice Cream Sandwich smartphone is now in the Philippines and Canada on June. As I’ve mentioned on my post early this month, Samsung Galaxy S III will set foot first in UK then Samsung US placed a pre-order page on their website a week after. Now, we’re seeing the aggressiveness and huge demands of Samsung Galaxy S III as it is now being shipped across the globe.

In the Philippines, I spoke with one of the attending sales personnel of Samsung Mobile near our place and told me that they were told by their management that Samsung Galaxy S III will be released sometime on June – this was a week after the release of SGSIII in London. Furthermore, he also confirmed that it’s always been a practice that official mobile network such as Globe Telecom and Smart Communications are the first one to offer this for interested tech-consumers. And he’s right about that. A few hours ago, Globe Telecom (once again!) announced on their Facebook official fan page that interested tech-consumer buyers can now place their pre-order of Samsung Galaxy S III for as low as Php 1,999.00 a month. Along with this plan is unlimited browsing, consumables and lots of other freebies.

You can now enjoy the “true” meaning of “smart”-phone with Samsung Galaxy S III. An Android smartphone that truly hears, sees and feel you – that’s the biggest strength of the new iteration of Samsung Galaxy S.

During the Samsung Galaxy S III pre-order from Globe, you can choose which unit you would want to buy – the Pebble Blue or the Marble White. Then comes the Application type whether you want to renew your existing Globe plan subscription or a new contract for new users. Then of course you need to select which plan you would want to choose – mySuperPlan UNLI Surf Combo packages or the mySuperPlan Consumables, Unlimited and Freebies. Lastly, the Application form. 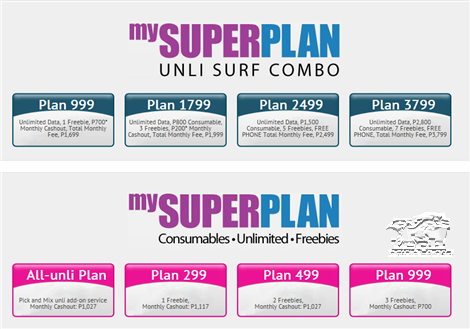 According to Globe, cash out amounts are payable via 24 months 0% interest for Citibank and BPI Cardholders. For the mySuperPlan UNLI SURF COMBO Plan 1799, you will need to cash out an amount of Php 4,800.00. The pre-order is offered by Globe Telecom at a limited time only although, it was never divulged yet as to when Samsung Galaxy S III will be available – you want to be the first? Then register now!

While in Canada, Videotron and Telus have done the same pre-order scheme. However, it was only Telus who placed their Samsung Galaxy S III pricing whereas for Videotron they’ve only placed a sign-up page.

So for friends in Canada you will soon have the Samsung Galaxy S III on June 20th.

Here are the links where you can avail the newest Samsung Galaxy S III in Canada and in the Philippines.

Previous Post Apple the New iPad 3 Prices In The Philippines