A new development coming from the reputable source about the new flagship smartphone of South Korea, Samsung, has been exposed just before the start of Consumer Electronics Show (CES) 2013. SamMobile showed a new leaked photo with technical specs of the new Samsung Galaxy S IV just before the official launching of CES 2013 on the 08th of January until the 11th. According to DannyD of SamMobile, the tipster provided them the photo showing what will be the next Samsung Galaxy S IV would look like. If you look closely at the image below, if this is indeed the next Samsung Galaxy S IV then the design is not too far from its predecessor Samsung Galaxy S III with a touch of Galaxy Premier. The aforementioned author believes that this is most probably real and not a fake shot. 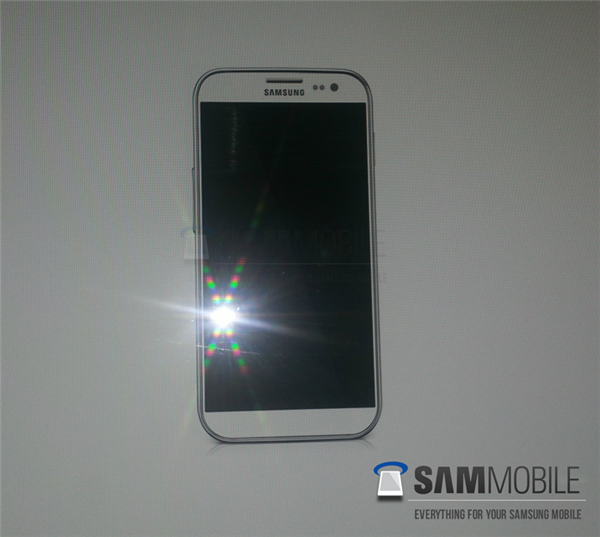 The technical specifications are still not confirmed but it is believed that the next Samsung Galaxy S IV will be sporting a Exynos 5450 Quad-Core CPU clocked at 2.0GHz, 4.99-inches SuperAMOLED FULL HD resolution (1080×1920) Display, 13MP rear-facing camera, and 2MP front-facing camera, and it will probably not use TIZEN but Android 4.2.1. Again, these are still rumors and we will get confirmation as we get closer to the official unveiling of Samsung Galaxy S IV. The technical specifications are not far from our initial report about the release date and specs of SGSIV. The initial report shows that there will be probably 2 models that will come out – GT-I9500 and GT-I9505 (rumored as the LTE version).

The next big question is if the new flagship smartphone from Samsung will be unveiled on the most reputable tech event called Consumer Electronics Show (CES) 2013. There’s no confirmation if Samsung will indeed show to the world their next mobile phone after the success of Samsung Galaxy S III.

Do you think the next Samsung Galaxy S IV will take the form and design of its predecessor? Or is this leaked photo for real?