Whoa! It is about time after the long the wait, Samsung Galaxy Tab line will soon get the latest Android 4.0 Ice Cream Sandwich update and it will all start next month, July until August. I am pretty sure those Galaxy Tab of yours will soon enjoy the latest Android ICS operating system so you’d better prepare your slated device.  The report came from a group of known Samsung enthusiast who owns a website named SamMobile. According to SamMobile insider’s report, this update will also improve Galaxy Tab’s battery and speed. Android 4.0 Ice Cream Sandwich update indeed made a big leap from it’s previous Gingerbread Android operating system in terms of performance.  I’ve witnessed this with the update I did on my Samsung Galaxy S II. 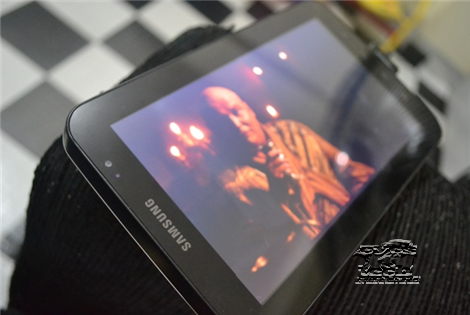 However, there are still some Samsung Galaxy Tab users doesn’t feel that this report about the ICS update will even be released next month. There had been a couple of promises before from Samsung and Google Android that they will be launching the update soon but none of these previous reports came into reality. I do hope that this time it’s for real since the latest and newest 10-inches Galaxy Tab 2.0 already sports this latest operating system. It will only be fair for the other Tab users to enjoy the same version of Android operating system.

Here’s the list of Samsung Galaxy Tab that will be receiving the Android 4.0 Ice Cream Sandwich update starting next month.

Of course, the ICS roll-out will also depend on your location or region. So, once we all get the final word from Samsung that the update has begun then sooner or later you’ll get the latest Android 4.0 Ice Cream Sandwich update. We will now all enjoy the other features of ICS like Face Unlock, enhanced and improved user interface, better performance and more Android apps like Google Chrome for Android.