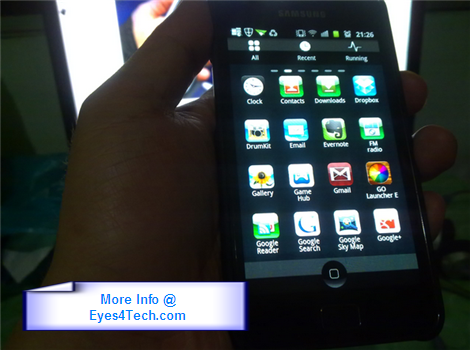 Samsung Galaxy S III as detailed from the report will sport a quad-core processor that can support 4G LTE and HSPA+ radio networks.  Also this Android smartphone will now run under Android 4.0 operating system or the so-called Android Ice Cream Sandwich OS.  Not only that, the Samsung Galaxy S III is said to be slim having a 7millimeter thick against its predecessor Samsung Galaxy S II GT-I9100 having a thickness of millimeter.  The reason behind this according to the manufacturer is that they have adjusted and compacted all the internal electronic parts of this smartphone reducing it to 10-20 percent from its original sizes.  The display is expected to be a SUPER AMOLED Plus HD with a 8MP rear camera and 2MP front camera for video chatting.

There’s no assurance although if these are all confirmed and final but if you look into the current trending of smartphones lately, they are all planning to build their latest flagship smartphones with quad-core processors and can support 4G LTE radio networks.  So it is really possible that Samsung Galaxy S III will sport the same features when Samsung unveils it.  I also would like to believe that Samsung wanted their launching to be one of the best launching of their latest flagship Android smartphone this year since they already confirmed that they will not unveil their next  Samsung Galaxy S III in the upcoming Mobile World Congress  MWC 2012 event this month, instead they will be holding their own mobile event for the rumored smartphone.

Who knows? Let us all wait and see. The question now is will you buy the latest Samsung Galaxy S III once it goes public?