It’s often said that necessity is the mother of invention. In no case is this more true than with the development of the current soy ink market. As with many industries, market adoption was slow in the beginning but this renewable alternative has taken a substantial place in the ink and print industry and it is successfully serving the needs of both commercial and non-commercial printers globally. 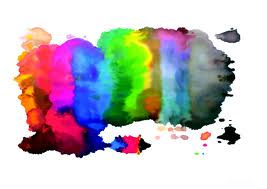 Soy ink is made from soybeans and is now mass-produced as an alternative to petroleum based ink. The quest for an alternative to petroleum ink began in the late 1970s and was largely triggered by the need to find reliable, cost-effective printing options. It was during this time that petroleum ink was negatively characterized by high prices due to the oil crisis and quarrels between major oil-producing countries.

As a result, the ink and printing industry was changed dramatically as researchers from the Newspaper Association of America made a breakthrough involving tests involving 2,000 vegetable oil formulas with a soybean oil solution. A notable printing firm from Iowa, The Gazette, successfully tested the soy ink in 1987 and since then the history of ink has taken a different turn.

Today, the use of soy ink across United States has expanded to roughly one quarter of all commercial printers. In 1993, the Iowa Soybean Association established a National Soy Ink Information Center to encourage research and the use of ink. The establishment created a SoySeal mark which is used to recognize products that meet certain quality standards. Interestingly, the organization became obsolete in 2005 because there was enough widespread adoption and market acceptance of soy based ink.

Soy Ink vs. Petroleum Based Ink: Which is Better?

Mass production of petroleum based ink began more than 50 years ago. It was largely popular because of its low cost and quick-drying properties, which remain an attractive feature especially among commercial printers.

However, environmental impacts of traditional ink are concerning because drilling, refining and processing contribute to the degradation of natural resources. Another negative feature of traditional ink is that when it dries, it emits harmful compounds or volatile organic compounds (VOCs). Soy ink, on the other hand, is desirable because its production has little to no negative effect on the environment and emits far less VOCs. Additionally, the cost of producing soy ink is low and less is needed to match output of traditional ink.

Overall, the benefits of soy ink make it the ideal choice for both commercial and non-commercial printing needs. Soy ink remains cost effective, safe for the environment and renewable and thus is likely to have a bright future and wide acceptance in the marketplace for many decades to come.

Previous Post Need Cable for Internet: Where Do You Start?