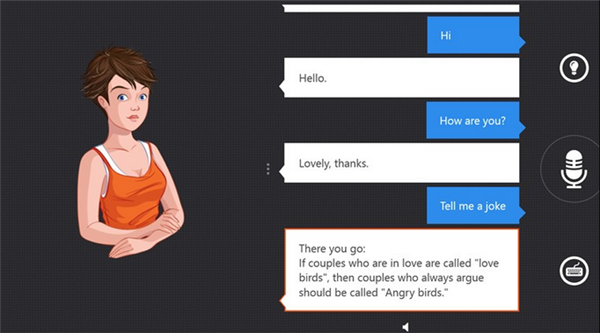 Windows smartphones and tablets is not that far behind in the industry. However, like Android Microsoft smartphones and tablets has a relative lack of virtual assistant options. And this is where Speaktoit Windows 8 virtual assistant plays the role to complete your smartphone. Ask any questions, directions, weather, or almost anything under the sun – this app will try to give you back with relative answers.

There are numerous reasons why you should you install this free virtual assistant app on your Windows 8 (WP8) devices. Among the features of this app are as follows:

I have been using Speaktoit since it was launched back in 2012 on my Samsung Galaxy S II and until now I find it useful and interesting. Most especially when there is something that I need to know.

Next Post How to Surf Internet in 3D with Chrome?