Planning a video is admittedly something that not all of us are adept at – after all, if you are not a professional filmmaker or video production specialist, you may have to deal with a lot of technical terms and processes that may leave you more confused than ever.

But anyone who has a basic idea of video production will tell you that planning a story board is often the first – and most important – step. The importance of a story board cannot be ignored, as it will be responsible for bringing your story or message to life. With a story board, you create a sequence of thumbnails which will show the video’s breakdown and illuminate the key footage or scenes. A story board is vital for films, music videos, web streaming videos, TV programmes and specials, documentaries, advertisements, and more – and without one, you could very well have a video that is disorganised, does not impart a clear message, or worse.

The importance of a timeline

First of all, you need to set the parametres regarding your story’s location and when it takes place. This would also include determining the order of the various events in your story. To help you be more organised, make a list of your story’s major events and the order in which they occur. 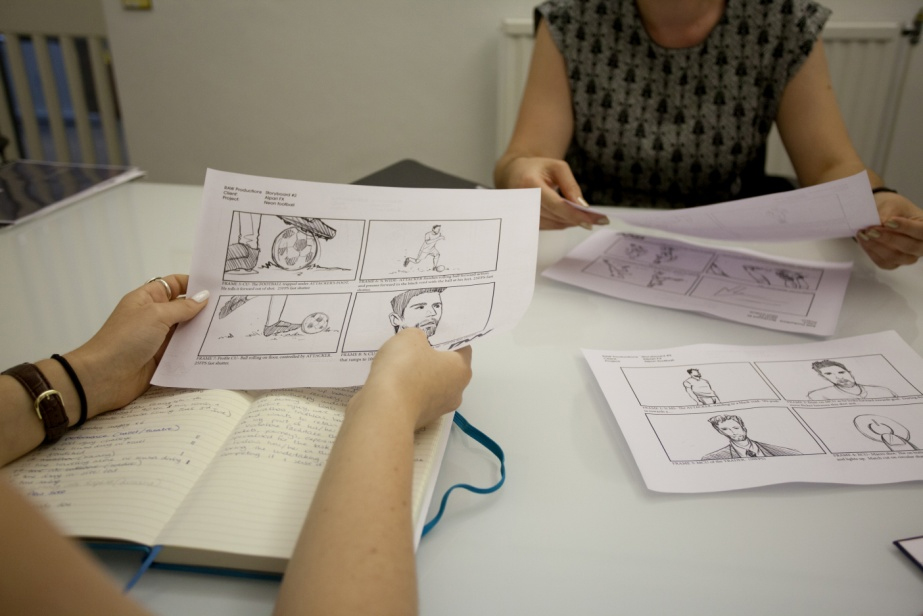 The next step is establishing the story’s vital scenes. For this, you would have to pick the scenes which showcase the developing plot. You also have to pay special attention to your story’s turning points, such as twists in the plot or any major changes. Any change in setting should also be considered and made clear. One tip: if you are writing a story board for an advertisement which lasts for 30 seconds, your story board should ideally have fifteen frames or less, with two seconds given to each frame.

After establishing the timeline and the main scenes, you can then work on the details of the story itself. If you are planning a film, for instance, it would be a good idea to break the film down per shot (also referred to as a ‘shot list’). Keep in mind that in any story board, whether it’s for a film, an advertisement, or a simple corporate video, you have to make sure the visuals are clear. Be practical when it comes to the amount of detail you would like to include, as you wouldn’t want your audience to be lost in the details rather than see the picture as a whole.

Now that you have established the timeline, crucial scenes, and details, the next step is to make a clear description of every cell in your story board. Action is essential, so you have to make it a point to write a detailed description of each scene’s main elements. For instance, if you have a scene where two characters are conversing, what would you like this image to convey? Be clear on whether you want the two characters to be smiling, arguing, or agreeing. Be specific about how you want to scene to look, and this will help your story become clearer to your audience.

In any case, your story board can be more effective if you also enlist help from professionals, such as web video production London specialists. Advice and recommendations from the experts (such as those from Raw Productions at http://www.rawproductions.tv) will always come in handy, especially if you are not really sure about how to go about it properly.

Previous Post How to get a smartphone within your budget online?

Next Post Get Discounts on Online Shopping with CouponMachine