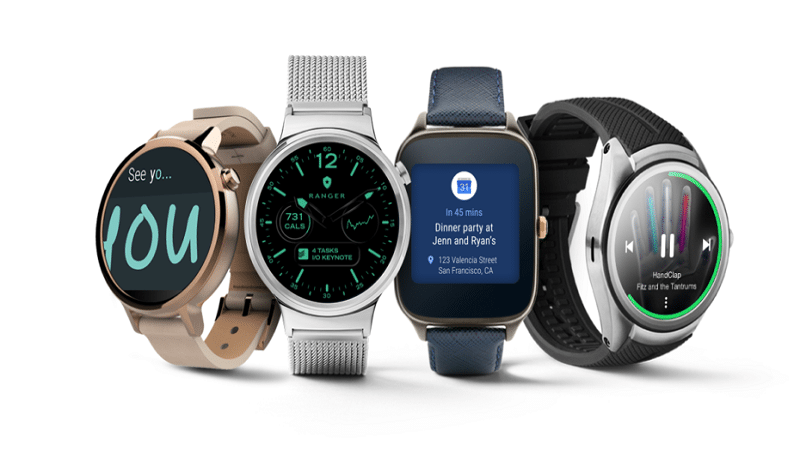 Watches have been around for more than a century at this point, but they are still worn by a lot of different people. People from all walks of life and all types of backgrounds wear watches on a daily basis. This is because having an accurate time on your wrist has a multitude of benefits.

However, since most if not all mobile phones have clocks on them, more and more people are using their phones for time rather than a watch. While that should have spelled the downfall of the wristwatch, innovations from a bunch of different brands have kept watches as popular as ever. From superior timekeeping abilities to new and innovative functions, companies from all over the world have created technologies that help improve daily productivity.

To show you some of these amazing innovations, here are 5 of them. 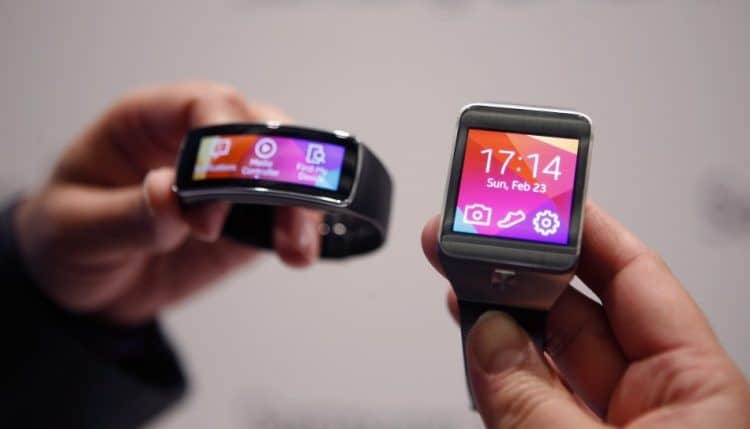 First off this list if one of the biggest innovations in the watch world in a long time: the smartwatch. Basically, a smartwatch is a watch with a computer on it. The first ones were developed by Seiko in the ’80s, but they really reached their peak in recent years. In 2015, Apple released its own version of the smartwatch, and the game was forever changed.

By giving the timepiece more functions, battery life, and allowing it to connect to your phone, Apple started a whole new era of watches. Now, other tech brands have followed suit by releasing their own versions, each with its own unique features. The standard functions present on most of these watches are GPS, fitness trackers, and phone connectivity. This allows you to keep track of your workouts, your locations, and see notifications from your phone, all at the touch of a screen. While some conservatives are hesitant about this technology, having all these functions on your wrist really makes things more convenient throughout the day.

Having an accurate time reading is key to keeping track of your schedule. In a busy world, being a couple of minutes or seconds off can have significant consequences. That’s why having a highly functional and accurate movement are key to a useful watch

Bulova has been praised for its Precisionist movement since its release. The movement is a step forward in watch technology. By using a unique, three-pronged quartz crystal, Bulova was able to craft a movement that vibrates at a much greater frequency than the standard quartz movement. This frequency allows the watch to tick accurately for a longer period of time. The best of Bulova wristwatches with the Precisionist movement only lose a couple of seconds a day, which is really impressive in the watch world!

That means that the time will always be accurate. Having a watch with this movement will help you in going throughout your day with superior accuracy, so say goodbye to being tardy because the time on your watch was off. 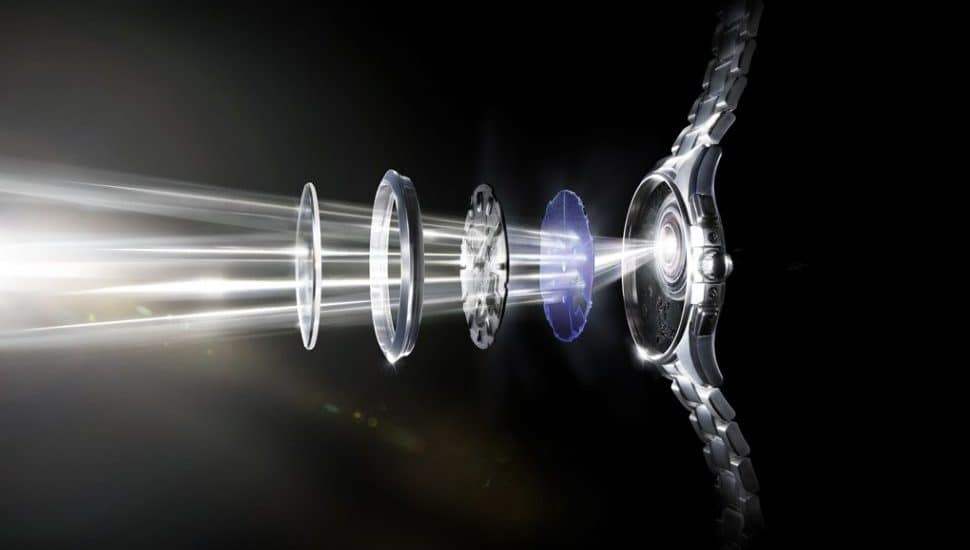 Excluding atomic and GPS timekeeping, it’s generally accepted that quartz is the most accurate movement in terms of timekeeping. However, since they are powered by batteries, you may have to end up visiting the watch shop to buy a new battery to replace the old one. This can be a hassle as it may be hard to find time in the day to do this, especially in this fast-paced world we live in. To add to that, if you don’t get the battery changed you won’t have the time on your wrist anymore.

Thankfully, Citizen solved that problem by releasing the Eco-Drive movement. The movement retains all the accuracy that quartz watches are known for, but they eliminated the battery, which is one of the only caveats to quartz watches. To power, the movement, Citizen uses a solar panel that they place on the dial of watches with the movement. Another cool feature of the movement is that it doesn’t need sunlight to charge as the watch can be charged by artificial light as well. No wonder why Citizen watches are loved all over the world thanks to their trademarked innovation! 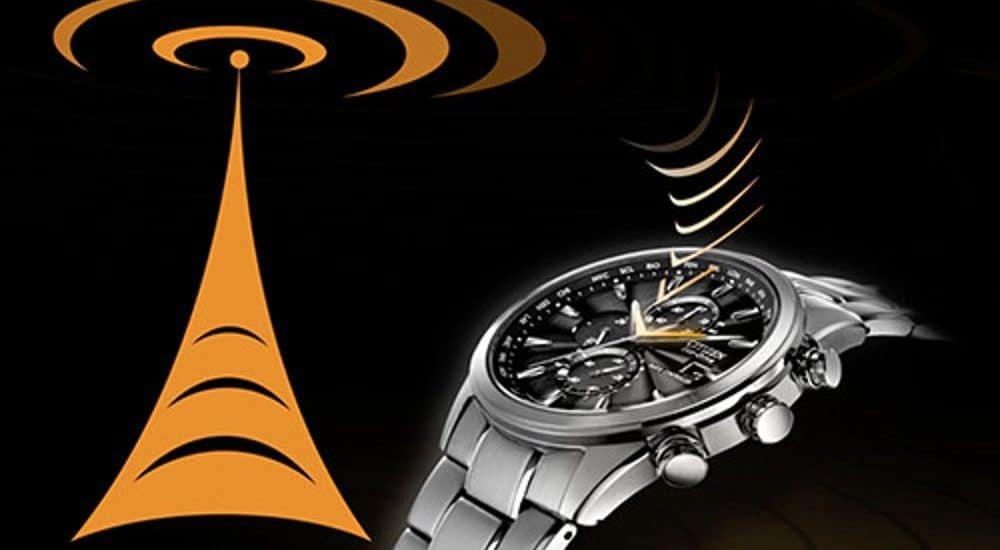 It’s no secret that the most accurate time source in the world is the Atomic clock. There is no other clock in the world that can compete with it. So instead of trying to beat the technology of an atomic clock, watch companies have instead decided to synchronize their timepieces to the atomic clock.

Multiple brands have developed watches with atomic timekeeping features. This is done by receiving radio signals that have the time on the atomic clock and adjusting the watch accordingly. It started with the time only being available in select timezones, but modern advancements have allowed companies to develop watches that can sync their time to most, if not all timezones in the world.

Aside from always having accurate time, if you get a watch with this technology, you can also switch timezones accurately at the press of a button. For those who do a lot of traveling, this will make adjusting the time virtually effortless. 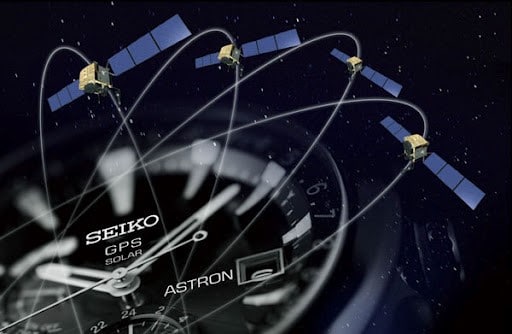 The problem faced by some people who use watches with atomic timekeeping is the inability to receive a signal to set the time. So if you still want that constant accuracy associated with those kinds of watches but you can’t receive a signal, then GPS timekeeping may be the feature for you.

Instead of receiving radio signals, watches with this feature receive GPS signals that come from a satellite orbiting the earth. Not only does that mean that you can receive a signal virtually anywhere, but it’s also accurate to the timezone of your location. With that, once you have the watch setup, you won’t have to worry about setting the time again, even if you travel across the globe since changing timezones is very easy.

A lot of brands have their own version of the feature, each with its own set of benefits. So if you want to be on time all the time, this feature may need to be on your next watch

It’s no secret that the world of watches is always producing new technologies. Over the years, innovation after innovation has been made to keep these timepieces relevant. From being able to connect to your phone to being powered by light, these forward steps are great signs of things to come. So if you’ve been bored by standard watches, then these creative innovations might just reignite your love for the wristwatch.

Previous Post Why Should You Get a Python Certification Soon?