This is the most possible release date of the next generation of iPhone – iPhone 5 – (will Tim Cook call it now “the new iPhone”?). As I’ve said, it is possible that the new iPhone 5 will be released or at least announced on the 15th of June where the last WWDC for this year will be held. It will be quite disappointing for all of the Apple fans whom patiently waiting if Tim Cook’s team will be on stage and sharing all of their achievements so far except for the new iPhone 5.  Thanks to the latest update from Michael Nace of iPhone 5 News Blog for putting up all of the possible reasons why we think that the new iPhone 5 will be released on the aforementioned date. 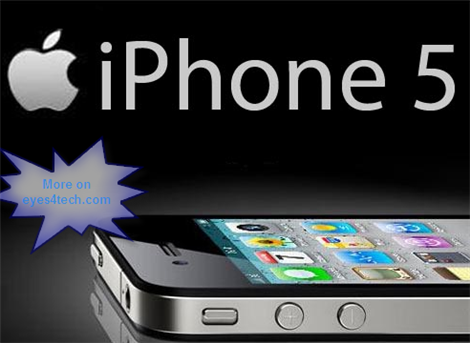 The next Apple WWDC 2012 (also known as Worldwide Developers Conference) is said to be held this coming 15th of June 2012 at the Moscone Center in San Francisco. As of writing this, although we still don’t have any information what will the discussed on the said event almost all of the Apple guys will surely wait for the iPhone 5.

If you recall, late last year there had been an iPhone 5 hype before the iPhone 4S was even launched to the market. This time, let’s cross our fingers and hope that the latest iPhone will be announced to be released on the next WWDC.

Here are some of the unconfirmed but seems clear indications that the next iPhone 5 will be out soon.

All of these small reports and details are surely informative tidbits that may clearly lead us to say that the new iPhone 5 will be released on the next WWDC 2012.

We will surely hear new information (factual or mere rumors) in the next few weeks before the Apple event and some of these will surely give us all a clear view as to when will we get the chance to at least take a quick good peek on the next iPhone iteration.