Philippines – Do you want to get your own FREE Samsung Galaxy S III? Yes, it has been made possible and you can now own the latest, the hottest, and the most popular Android smartphone – Samsung Galaxy S III.  The most popular smartphone which earned more than 10million shipments globally in just two months. Although the exact numbers were not divulged reports says that there are 190,000 units globally are being sold each day.  The new flagship smartphone from Samsung have even surpassed its predecessor Samsung Galaxy S II. The Samsung Galaxy S II took five months to reach the same numbers as with the new Galaxy S III – a new milestone for Samsung’s products and sales. And now, I guess to celebrate the company’s victorious sales they are now inviting Android lovers and users for the new and first ever scavenger hunt called – “The Samsung GALAXY S III Logo Hunt: Catch It, It’s Yours“. 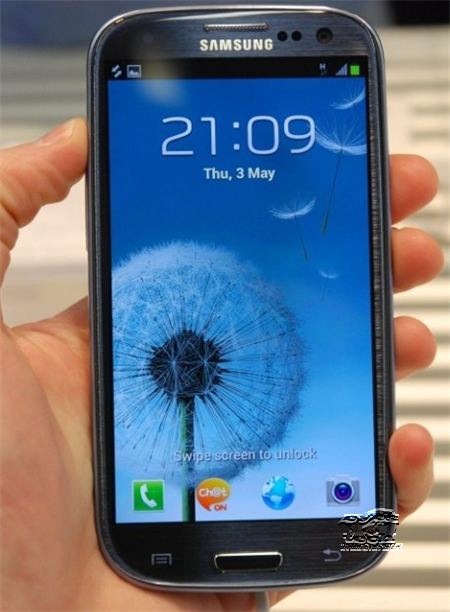 You can be one of the five selected winners that can win and own a free Samsung Galaxy S III. And the good thing about the contest is that you don’t need to go far just to win.  All you need to do is download the free Android app, hunt and scan for the Samsung Galaxy S III logo from almost everywhere – from a billboard maybe, or a print advertisement, poster, or even anywhere from the Internet. It’s all over the place, just look for it and once you spotted one all you need is scan it with your Android smartphone.

Here are the mechanics of the game:

1. You need to download the Video Augmented Reality (AR) application into your Android smartphone from Google Play for free – (link to be confirmed and posted later);

2. You have the option either to register, login with your Facebook account, or create a new account within the application which is intended for this contest alone;

3. As I mentioned before, hunt and scan for the Samsung Galaxy S III logo anywhere (places where you will most likely spot the logo had been mentioned above);

4. Then you need to watch the Samsung Galaxy S III pop-up video on every logo you have successfully scanned.  This will entitle you with 1 (one) raffle entry;

5. Try to earn as much as 20 (twenty) raffles per day – of course the same rule applies wherein if you get the chance to submit more entries in a day then it gives you more chance to win and own a free Samsung Galaxy S III.

It is time for you to own Samsung’s new pride Samsung Galaxy S III a smartphone designed for humans.  This promo, The Samsung GALAXY S III Logo Hunt: Catch It, will run until next week, .  Please see the updated date below. And for more information you can send a text message to Samsung by typing SAMSUNG and send it to 4263.  (Per DTI-NCR Permit No. 3771 Series of 2012.)  – Source: Infochat

Next Post Meet The New Face Of Google Calculator