What do you know about the Internet of Things and how does it work today? If you’re asking that question, you are maybe thinking how technology advancements impact the world. Yes, it’s true. At some point, you’ll also be curious about how the Internet of Things helps your daily life. So, let’s take a look at the history of IoT and how it’s changed today: 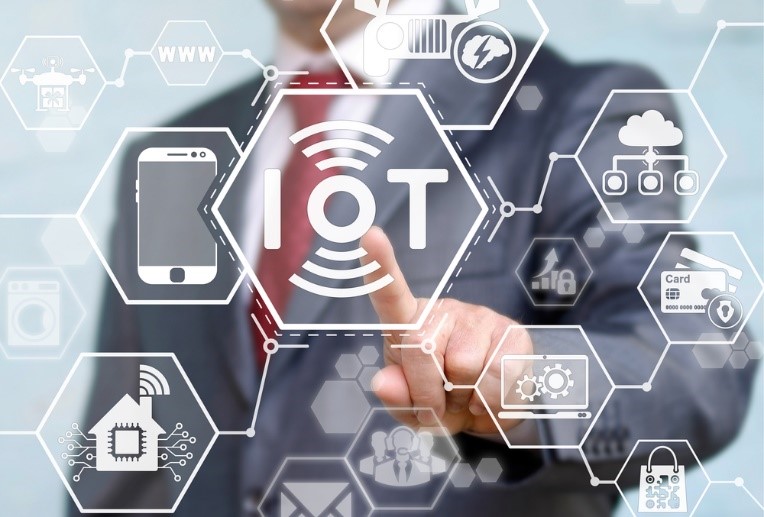 What is the Internet of Things?

When you’re asked about what the Internet of Things is, the answer is straightforward. IoT is a network of physical devices, and other items embedded with software, sensors and additional network connectivity that enables these tools to connect and exchange data. Sounds cool, right? This product of technology makes your work more efficient, accurate and beneficial. There’s more!

Internet of Things helps reduce human intervention as it permits objects to be controlled remotely, giving way to more opportunities for the integration of the physical world into computer-based systems. So, who would have thought that this IoT has something to do to simplify your work? It also has the power to change the world. With the Internet of Things, manufacturers are given the ability to track objects and to develop ways on how to improve their operations. For that reason alone, you’ll have a lot of innovations to look forward to when it comes to the Internet of Things.

How Does the Internet of Things Begin and Where It is Heading Now?

The Early Beginnings of IoT

The Internet of Things is not a new concept at all. History speaks that it already began several years ago but the introduction of the terminology “Internet of Things” only occurred back in 1999 – and the person behind the advent of this term was Kevin Ashton, a MIT’s Auto-ID Center’s co-founder.

Part of IoT’s beginnings is an idea from Ashton to focus on technology based on radio frequency identification which is necessary in connecting several devices easily. Ashton’s notion was different from how IoT works in the present year since IP networking allows devices to exchange information. Well, the first concept from Ashton isn’t an issue at all considering that technologies years ago were not sufficiently advanced. Besides, cellular networks during that time were not using an IP-based configuration system.

The Continuous Development of IoT

Here’s the catch now! The building of Internet of Things has been an incredible journey for those working in the technology industry. Several developments are noted to indicate IoT’s progress through the years. One of IoT’s milestone was during June 2000 when LG Internet Digital DIOS, the world’s first refrigerator with Internet connectivity, had operated with a LAN port for IP connectivity as its primary feature.

You’d be totally amazed at how Internet Of Things has transformed into something better. The transformation didn’t stop as the concept expanded and implemented new series of developments as the year 2000 continued. The big break of the Internet of Things had come in the year 2008. There was a partnership of industry partners formed by IPSO Alliance which was interested in promoting devices connectivity. It was one of the innovative events for IoT as big businesses, and not just researchers and entrepreneurs were concerned about IoT’s full implementation in the production setting.

With the IoT’s relevant achievements years ago, you’d say that the world is definitely changing for the better. But, it was only in the recent years that Internet Of Things has been the apple of the eye in the realm of electronics. It’s no longer just about Internet-connected appliances. Because of today’s modernizations, the Internet of Things covers all types of devices ranging from TV to cars when it comes to Internet connectivity. So, here comes the question, “How did it happen?” and “What makes it possible?” These are the lines of questions you can think about following IoT’s rapid change since 2000.

Well, there are answers to your questions. As people live in an innovative world, the networking capabilities expand, the establishment of new standards and the start of all-encompassing data analytics tools have brought the Internet of Things on top. Yes, this is true especially when there are institutions that make it easy for IoT hardware and software to interact with various vendors.

There are many things you can do with the IoT. It’s ready for creative ideas to add up the usual tasks of man. Imagine, when someone rings your doorbell and it’s linked to your smartphone, you’ll know who the person is, and at the same time, you can speak to him. Another one is when an alarm is waking you up and signaling your coffee maker to brew your coffee or when your wristwatch can tell you how productive you are at work.

In short, technology will make your life easy and comfortable. All you need to do is to interconnect your devices and equipment. Just it! This new era of technological expertise and ideas appear to be exciting and unbelievable, right? But, what the bottom line here is that anything can be possible with technology. We hope you liked this article from SwitchVPN.

This is a submitted article by Jessica Porter.

Jessica is a tech enthusiast who loves to read and write about technology. She currently writes for SwitchVPN about the latest news in the industry, and is always researching upcoming technology. In her spare time, she enjoys spending time with her pets and her family.

Next Post Video Games are Actually Good for Your Health